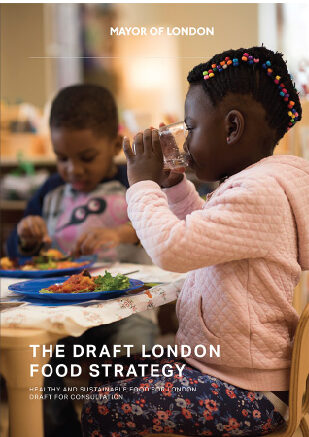 (1) The value of involving the public.

The London Food Strategy was developed by the Mayor’s Office and the London Food Board, a group of 19 volunteers who advises the Mayor of London and the Greater London Authority on food issues across the city with the goal of developing a better food system for all Londoners. Moreover, the strategy was released in draft form, inviting public comment and participation prior to its final release this summer with “ideas, evidence and expertise.” By opening the food planning process in New York City to resident and community participation, New York City could make food planning a more participatory process, give low income and vulnerable populations a greater voice in food planning and produce a document with many owners and advocates.

(2) The importance of articulating specific deliverables.

However, the strategy also describes what the Mayor will do to “deliver” on these aspirations and identifies actions other organizations and ordinary Londoners can take to contribute to achieving the goals. These include:

Measurable goals and publicly accessible program data can ensure that policies are effective and serve as a tool to enable citizens to hold agencies accountable. New York City’s annual Food Metrics Report is a start, but a plan with detailed strategies and expected outcomes, and metrics that measure performance, would enable the city to evaluate and evolve its food programs and policies.

Clair Pritchard, the Chair of the London Food Board notes that:

In New York City, a food plan could be an opportunity to integrate food into a similar set of policies and plans, from neighborhood rezoning proposals to the city’s Green Infrastructure plan to Mayor De Blasio’s OneNYC, New York City’s plan to become the “most resilient, equitable, and sustainable city in the world.” Today these plans are not fully integrated and often isolate food systems planning from other planning initiatives.

In the Strategy’s introduction, Mayor Sadiq Khan acknowledges that London’s food system produces one of Europe’s highest rates of child obesity and a large population dependent on food banks despite the city’s prosperity. And, in many ways, New York City’s food policies are more advanced than those in many large, affluent cities. But London’s release of its food strategy moves it in a direction that New York City can learn from and build on.