CUNY Urban Food Policy Forum on Food and the 2016 Election 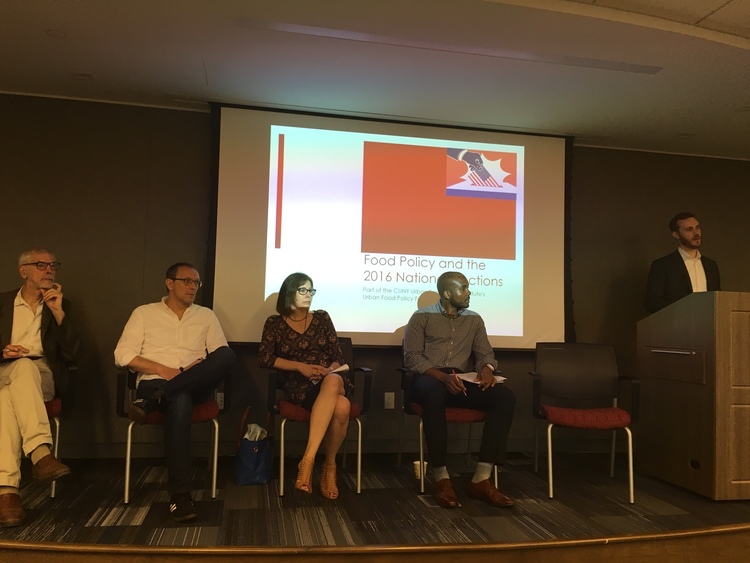 CUNY Urban Food Policy Forum on Food and the 2016 Election

Most observers of the 2016 election would agree that to date food and food policy has not been a front burner issue. But are there other top tier election issues that could provide an opening for food advocates—climate change and energy policy, trade policy, income inequality and minimum wage, the role of government in safety net programs? Can food activists use the distrust of corporations by many of Bernie Sanders supporters and some of Donald Trump’s followers to focus on the role of Big Food in health and hunger? Can the threats to democracy that “dark money”, campaign contributions and PACs pose enlist food and other activists to join the fight for campaign finance reform? On June 7, the CUNY Urban Food Policy Institute sponsored a forum on Food and the 2016 Election to consider these and other questions.

Four speakers considered the role of food in the election from various perspectives. Michael Lavender, the Washington representative for the Union of Concerned Scientists’ Food & Environment program, described the work of Plate of the Union, an effort of the Union of Concerned Scientists, Food Policy Action, Food Policy Action Education Fund, and the HEAL Food Alliance. Plate of the Union is mobilizing a broad range of Americans—including farmers, scientists, community activists, thought leaders, chefs, and ordinary citizens—to amplify the call for healthy and affordable food that is fair to food workers and protects the productivity of our farmlands. Its goal is to persuade the next president to take bold steps to improve our food system. He also described a public opinion poll Plate of the Union commissioned last year that showed strong public support for many food policy reforms.

David DeVaughn, Senior Manager, Policy & Government Relations at City Harvest, helps to convene the New York City Alliance for Child Nutrition Reauthorization, the bill that funds the nation’s school food and several other feeding programs. He described how the Republican majority in the House of Representatives is seeking to reshape the bill by reducing funding and converting it into block grant that would allow state’s more leeway to spend the money as they chose. Most food security advocates oppose this change and hope the Congressional and Presidential election can provide a forum for discussing what role the American people want the government to play in maintaining strong safety programs and eliminating hunger and food insecurity.

Nancy Huehnergarth is the co-founder of the New York State Healthy Eating and Physical Activity Alliance, a coalition dedicated to improving policies and practices that promote healthy eating and physical activity. She also writes on food for the Huffington Post, Forbes, and Civil Eats. At the forum, she described some of the nuts and bolts tactics advocacy coalitions can use election campaigns to advance their agendas. These include letter writing campaigns, op-eds on campaign issues, candidate questionnaires and candidate forums, voter education guides and voter registration drives. Through these and other activities, food groups can enlist new supporters, educate candidates and voters, and promote new policy ideas.

Finally, Bill Telepan, a chef who is one of New York’s most acclaimed proponents of Greenmarket cooking and the Executive Chef of Wellness in the Schools, described how school food, child health, fitness and military preparedness and the costs of diet-related diseases can become openings for discussions with parents and voters about the need to elect candidates who can work for reforms in these areas. He also described the growing role that chefs have played in educating Congress about food and off policy. 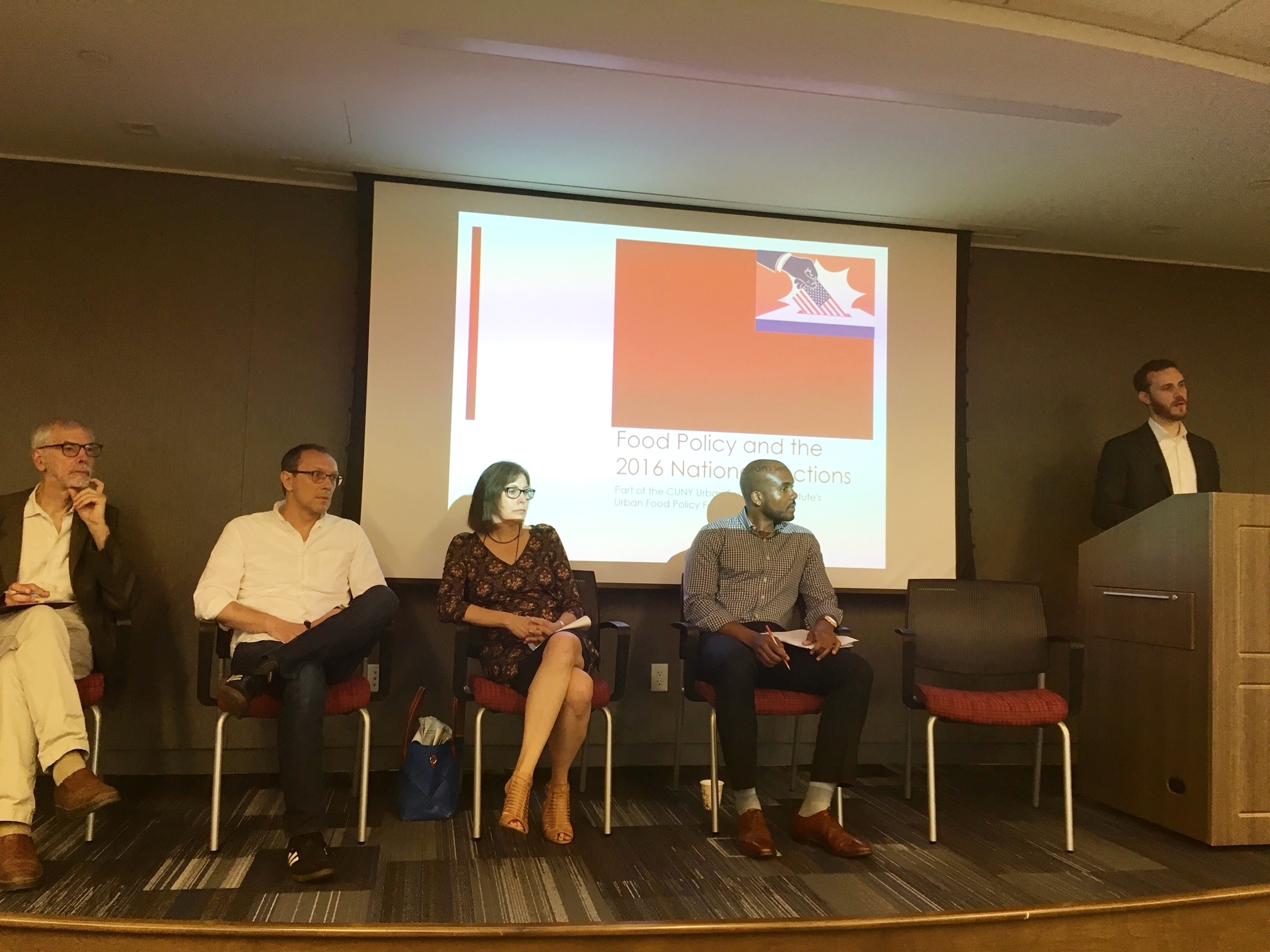 Nicholas Freudenberg, Food Policy Institute Director and Distinguished Professor of Public Health at the CUNY School of Public Health closed the session by reminding participants that many reforms are discussed in two, three or more election cycles before they become law. By using the 2016 election to talk about the food system we want 10 years from now, we can begin that journey now.