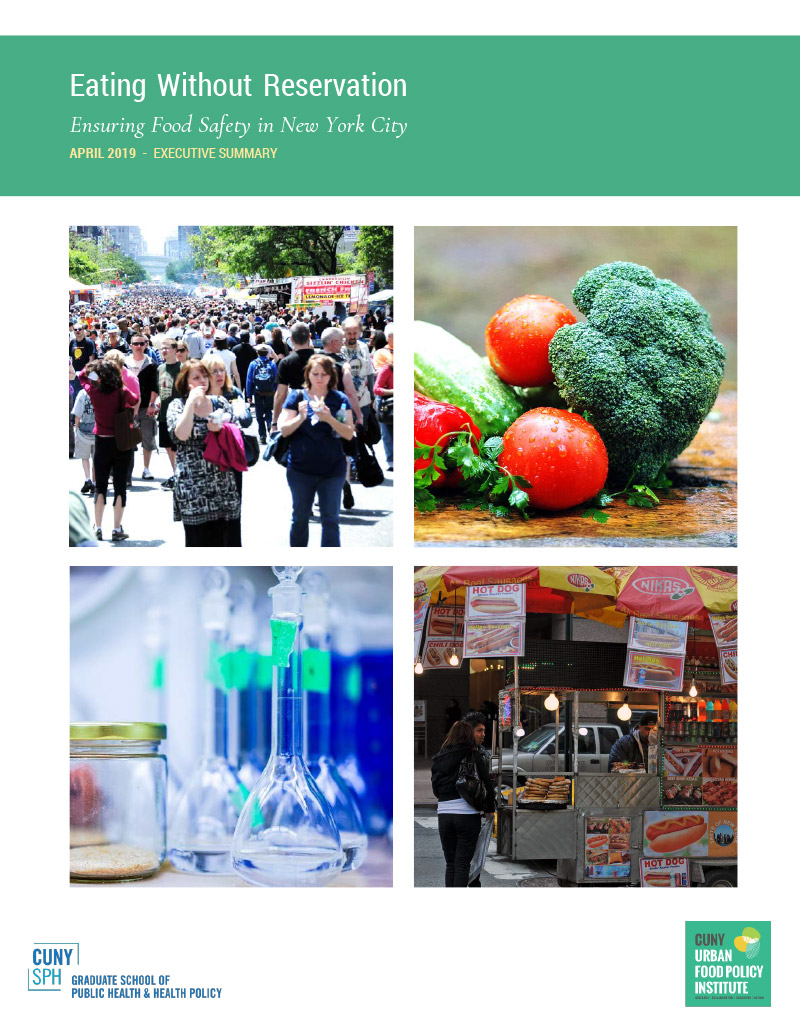 Each year more than 6,000 New York City residents are hospitalized for food-borne illnesses, according to the New York City Department of Health and Mental Hygiene (DOHMH). In 2017, 3,287 suspected food poisoning cases were reported to 311 and the NYC DOHMH. Between 2010 and 2017, the number of these annual complaints to 311 increased by almost 20 percent.

In this report, the CUNY Urban Food Policy Institute summarizes available public evidence on these questions in order to engage health officials, policy makers, food justice advocates and eaters in a conversation on the state of food safety in New York City. Our goal is to provide information that can be used to ensure that New York City’s food safety system protects all New Yorkers against current and emerging threats to safe and healthy food. While other health professionals and scholars have written about specific dimensions of food safety in the city, no recent report has provided a comprehensive overview of the city’s food safety system, summarized the roles of city, state and federal governments, analyzed this complex system’s strengths and weaknesses, or made recommendations for meeting emerging needs, the gaps this report seeks to fill.

New York City has long been a national leader in defining the municipal role for ensuring access to safe and healthy food. Today, New York City has multiple programs and policies to protect food safety. The evidence summarized in this report suggests that city and state agencies take food safety seriously and act when they find a problem.

This report describes and celebrates these past and current accomplishments. It identifies eight emerging challenges as well as ways to address them.

To meet these challenges, the report proposes recommendations for (1) actions that the City can pursue to develop a more robust system of food safety monitoring and risk assessment and (2) actions that will aid the development of a policy environment conducive to innovation and effective and equitable food safety policies, programs and practices.

Finally, city, state and federal agencies, health professional organizations and food advocates need to do more to create mobilized constituencies that will support fair, effective and equitable food safety programs. Public opinion polls show strong public support for safe food,** but some public officials and public agencies, in order to minimize conflicts with the food industry, avoid speaking publicly about food safety. Our hope is that this report will contribute to a public discussion about what New York City and other levels of government can do to ensure that New York City remains a national leader in protecting the safety of its food.