Invitation to a Dialogue

by Nevin Cohen, and Nicholas Freudenberg 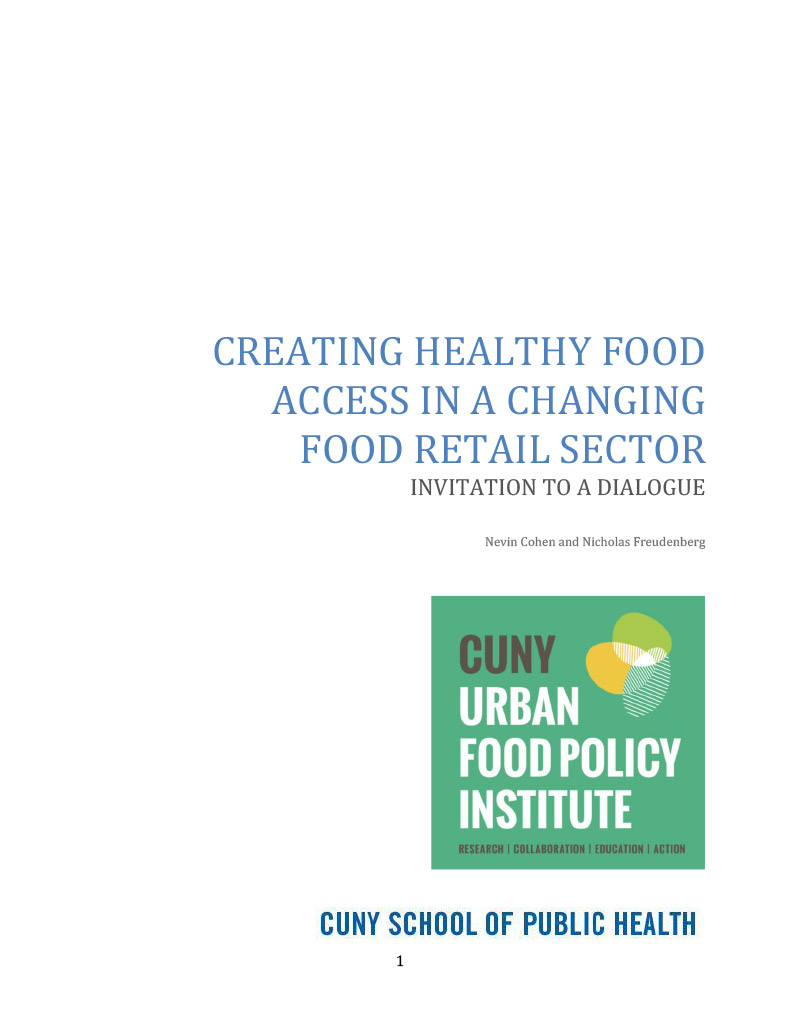 Over the past year, a series of closings has raised concerns about the prospects for traditional supermarkets in New York City. The bankruptcy of the 156 year-old A&P led to the liquidation of the company’s assets, which included 49 New York stores. The D’Agostino chain closed three of its supermarkets. At least two Associated Supermarkets have succumbed to rent hikes, and a Key Food in Clinton Hill was lost to new development. Fairway filed for Chapter 11 protection and curtailed its expansion plans. To those who have worked to improve access to healthy food, the string of events suggested that we are moving in the wrong direction.