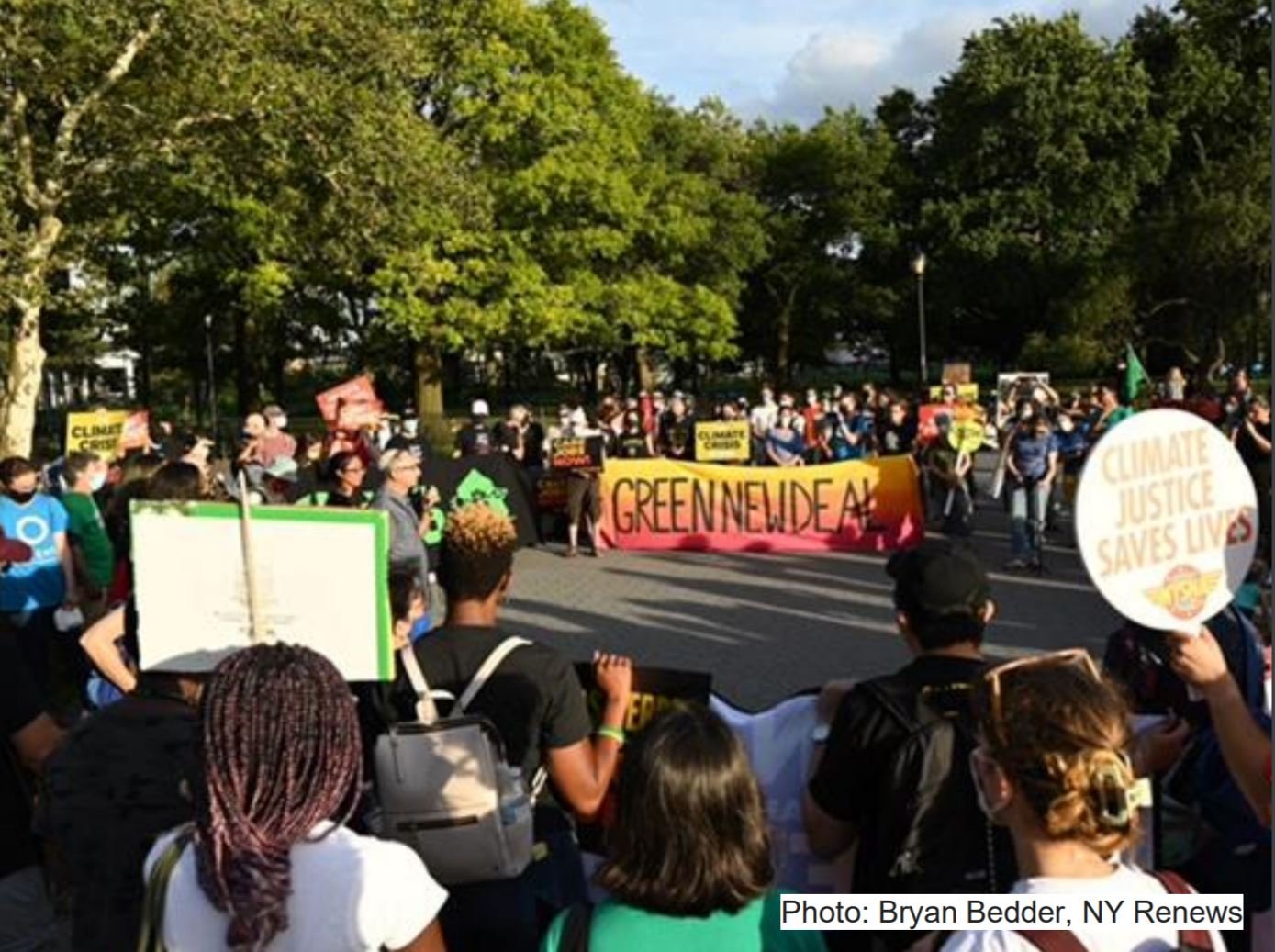 On December 10, 2021, the Environmental Justice Working Group (EJWG) of the Professional Staff Congress of CUNY (PSC) hosted a mass meeting of over 150 CUNY faculty, staff and students on Zoom. The purpose of the meeting was to define a Climate Justice Agenda for CUNY. This highly participatory meeting had extensive breakout groups for all to envision the CUNY and the City we want and need. Several major proposals emerged that can help us set that agenda. We need major changes in the food services available in CUNY, nutritionally and environmentally: creating networks of locally-produced and processed food available in the food service, eliminating as much plastic as possible including in the vending machines, composting food waste, and providing filtered water fountains that will allow us all to drink from them and to fill our re-fillable bottles daily so we don’t have to pay $1.25 for tap water bottled in a destructive substance, thus eliminating a tax on the CUNY community and decreasing the harm we are doing to our planet.

We are eager to work with our allies and fellow union members at the CUNY Urban Food Policy Institute and with students and staffers in NYPIRG who are focusing on overlapping issues. The other two clearly articulated goals of the December 10 meeting were instituting environmental education across the curriculum and divesting CUNY and TIAA funds from fossil fuel holdings. We agreed that all of us, including students, need to know much more about the causes of runaway climate change as well as how to dramatically slow it down, especially in alliance with our local communities. Finally, whatever funds are devoted to infrastructure and renewable energy at CUNY should be allocated in a transparent fashion and should have direct health and safety benefits to our entire community.

Since the mass Peoples Climate March of 2014, the PSC’s EJWG has been participating in climate coalitions that advance an urgent approach to climate policy on every level. While not the main focus of the PSC as a union, the EJWG has attracted a strong support network in the union and has been educating itself on climate issues, particularly on solutions, and working with broad coalitions for that purpose. EJWG members have participated in winning the NYC “Dirty Buildings Bill.” NYC Local Law 97, which requires landlords to cut Greenhouse Gas (GhG) emissions dramatically, the NY State Climate Leadership and Community Protection Act, which requires 100% renewable energy statewide by 2050 with upfront sharp improvements in frontline communities, divestment of public pension funds from fossil fuels on both the City (NYCTRS) and State (NYSCRF) levels. We have also participated in the Public Power campaign calling for publicly-owned renewable energy, an expansion of composting, eliminating plastics, and ending fossil fuel infrastructure—all of which have seen some minor or major victories. Along with our partners in the AFT, we have been part of advancing the Green New Deal and now the Build Back Better federal legislation that could dramatically reduce GhG in the US as it creates greater equity and family supports.

The Professional Staff Congress of CUNY (PSC), the American Federation of Teachers local that represents the 30,000 full and part time faculty and professional staff of CUNY, is one of the few unions in the US with an environmental committee. The PSC’s Environmental Justice Working Group (EJWG) meets regularly, participates in local, statewide and national campaigns and sees its workplace that serves 500,000 people, CUNY, as capable of great environmental transformations. The EJWG meets monthly on Mondays, starting at 5:30 pm. If you want further information or want to join our googlegroup, contact nancyromer@gmail.com. Please write EJWG in the subject line.