Measuring the impacts of gentrification on food environments 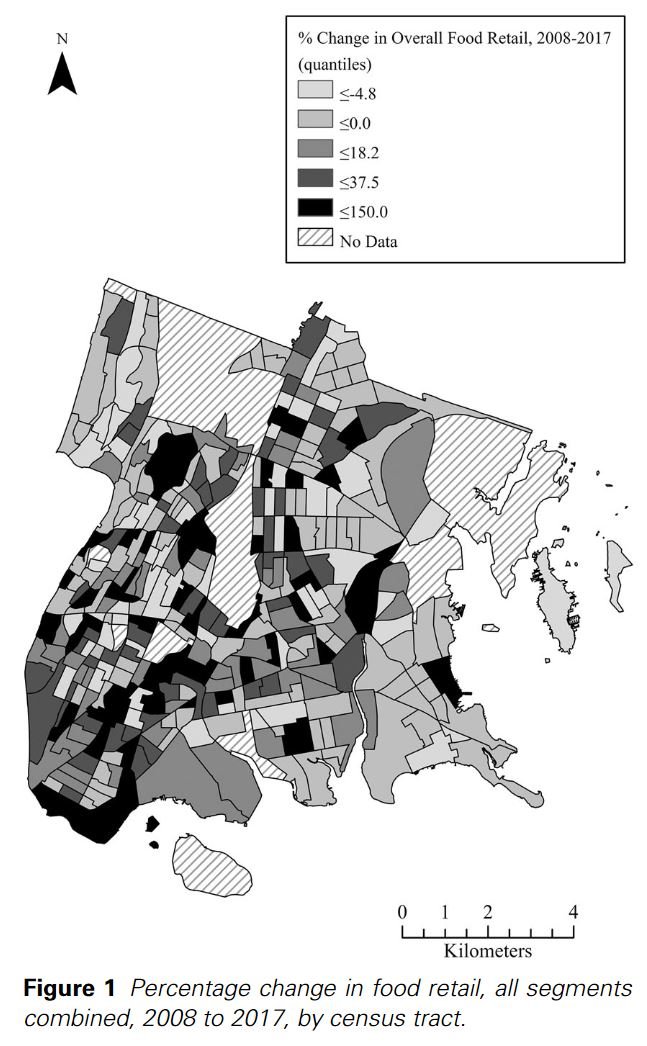 Measuring the impacts of gentrification on food environments

Research has shown that gentrification and its associated socioeconomic changes can be a factor in destabilizing food environments, affecting food access and health.

A new article by Associate Professor Nevin Cohen and University of Toronto colleagues Olivia Caruso and Michael Chrobok adds to the emerging literature on gentrification’s effects on food environments.

To assess whether these changes differed in lower income, gentrifying, and more affluent neighborhoods, the researchers calculated the odds of food retail change by census tract type. They first analyzed all forms of food retail instability, and then tested a novel index that weighted store openings and permanent closures more heavily than store name or retail segment changes.

The researchers found that while lower income and gentrifying census tracts had significantly higher odds of food retail change overall, there was no significant relationship between census tract type and instability when openings and closures were weighted most heavily. The article argues that by accounting for the relative importance to existing residents of store openings and closures, a weighted index better captures the potential lived effects of food retail change.

The methods used in this study to analyze differences in the stability of food environments by census tract type and retail segment (e.g., supermarkets, bodegas, or dollar stores) can be applied in other locations to track the status of retailers over time and across neighborhoods.

“Understanding which neighborhoods are most vulnerable to unstable food environments can help policymakers prioritize support for existing food businesses, identify emerging business segments, like dollar stores, that account for large changes to food environments, and ensure that zoning and development projects that alter the commercial landscape do not hinder food access for longstanding residents,” Dr. Cohen added.