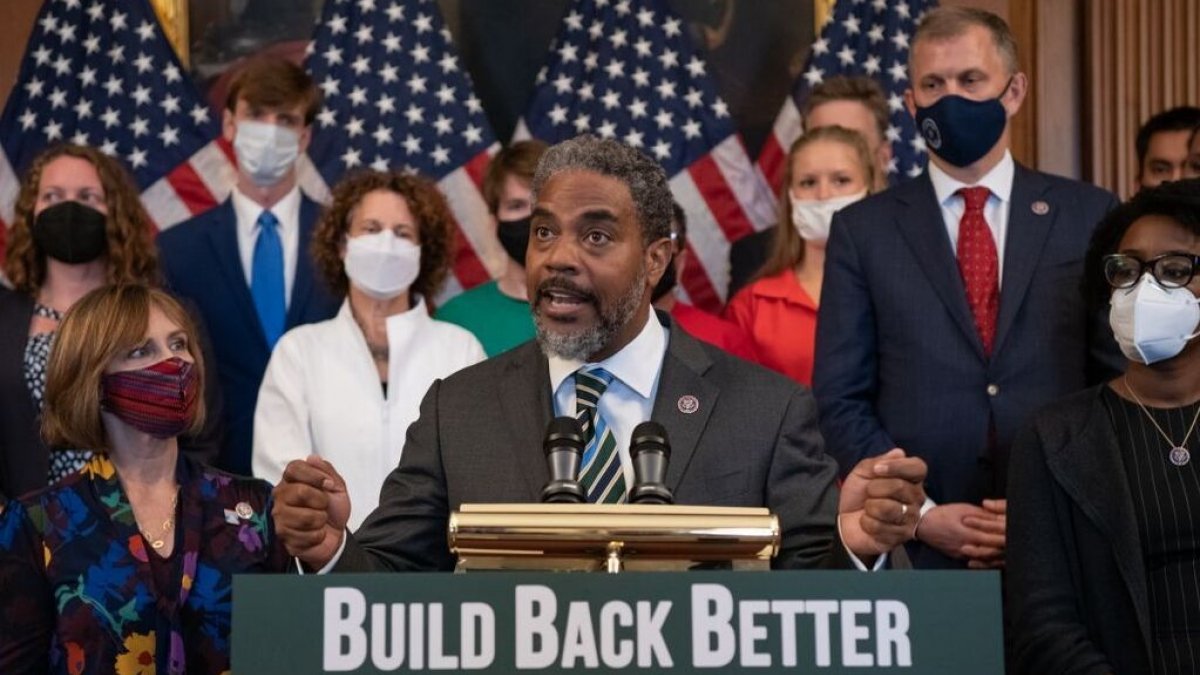 The Senate will consider and likely vote on the legislation in the coming weeks. To ensure that important nutrition initiatives remain effective and that other less prominent food policies are not cast aside, advocates will need to lobby to keep the details of certain provisions intact and to make more visible other parts of the legislation that deserve widespread public support.

An example of how important it is for advocates to focus on the minutia is the way in which the expansion of free school meals is determined. The legislation passed by the House gives states an explicit option to choose statewide participation in community eligibility and lowers the threshold for participating. Currently, the program requires school districts, a group of schools, or an individual school to show that 40% of students qualify for free meals based on their enrollment in SNAP or Temporary Assistance for Needy Families (TANF), being in foster care, or being runaway or migrant youth. Build Back Better lowers this percentage, known as the Identified Student Percentage (ISP), from 40% to 25%. The bill also makes the calculation of reimbursement for CEP more generous. Currently, the percentage of all meals reimbursed at the full federal free rate is 1.6 times a school or district’s ISP. Under Build Back Better, schools and districts are reimbursed at 2.5 times the ISP, making it more financially attractive for more school districts to opt for CEP. Advocates therefore need to not only keep CEP in the Senate bill but also to prevent modifications of the eligibility and reimbursement formulas.

Advocates need to support the many other elements of the House Build Back Better bill that promote just, healthy, and resilient urban food systems, even those that do so indirectly. These include economic development programs to help disadvantaged cities and towns, many in agricultural communities, that both address the root causes of rural malnourishment and help farmers who live and work in those places. They also include the varied environmental initiatives in the legislation, from programs to protect pollinators to financial support for electric vehicles, which improve food systems by mitigating climate change- and habitat loss-induced challenges to agriculture. Social programs, from paid family leave to protections for undocumented people, also make it easier for individuals and families to eat healthier, even though food security is a co-benefit, not primary objective.

Other provisions in the bill that promote food justice, resilient agriculture, and better nutrition, include:

Several provisions in the bill are designed to help workers in the food system. These include $200 million in additional funds for the Agricultural Marketing Service’s Farmworker and Food Worker Relief Grant Program to help frontline grocery workers defray costs for expenses related to the COVID-19 pandemic. They also include increased penalties for minimum wage or overtime violations and theft of tips, and for violations of the Migrant and Seasonal Agricultural Worker Protection Act of 1983. The legislation also allocates $70 million for workforce development programs for migrant and seasonal farmworkers and their families.

In addition to expanding free lunch and helping families pay for lunch when school is out of session through summer EBT, the legislation expands access to pre-school and kindergarten, effectively increasing the number of children who can eat healthy meals in Head Start and other early learning programs, and provides for universal preschool, enabling more children from low-income households to access healthy meals during the school day. The bill provides $140 million to support nutrition programs for older Americans. It also authorizes grants to states to support medical-legal partnerships, teams of clinical staff and social workers and lawyers to ensure that older adults have access to critical services, including food and nutrition support.

Support for Urban and Peri-urban Agriculture

The legislation funds programs to enable owners of small-scale forested properties to invest in practices that sequester carbon. One technique, called agroforestry, or the combined growing of food and trees, can both address climate change and feed communities. The legislation also supports tree planting and the acquisition of urban and community forests to increase tree equity and community tree canopies, prioritizing projects that benefit underserved populations. These projects can include urban and peri-urban food forests, an increasingly popular way to produce food and reduce the urban heat island effect in cities. Build Back Better also provides hundreds of millions for research related to climate change and food, including $210 to the National Institute of Food and Agriculture for education, extension, and research related to climate change, and $20 million to support the growth of urban agriculture.

Senate Majority Leader Chuck Schumer hopes to pass the Build Back Better Act before Christmas. Food advocates need to follow the process carefully, paying attention to the big-ticket items like free school lunch and the more specific provisions that, while not as headline-grabbing as childcare subsidies, hearing aids for seniors, and paid family leave, are nevertheless important for urban food systems. Tracking the formulas used and the dollars allocated requires close analysis of the technical aspects of the legislation. Food advocates should also ally with those organizations promoting broader goals, like community-based economic development, labor protections, climate change mitigation, and social welfare programs because these policies are integrally connected to a just, healthy, resilient food system.