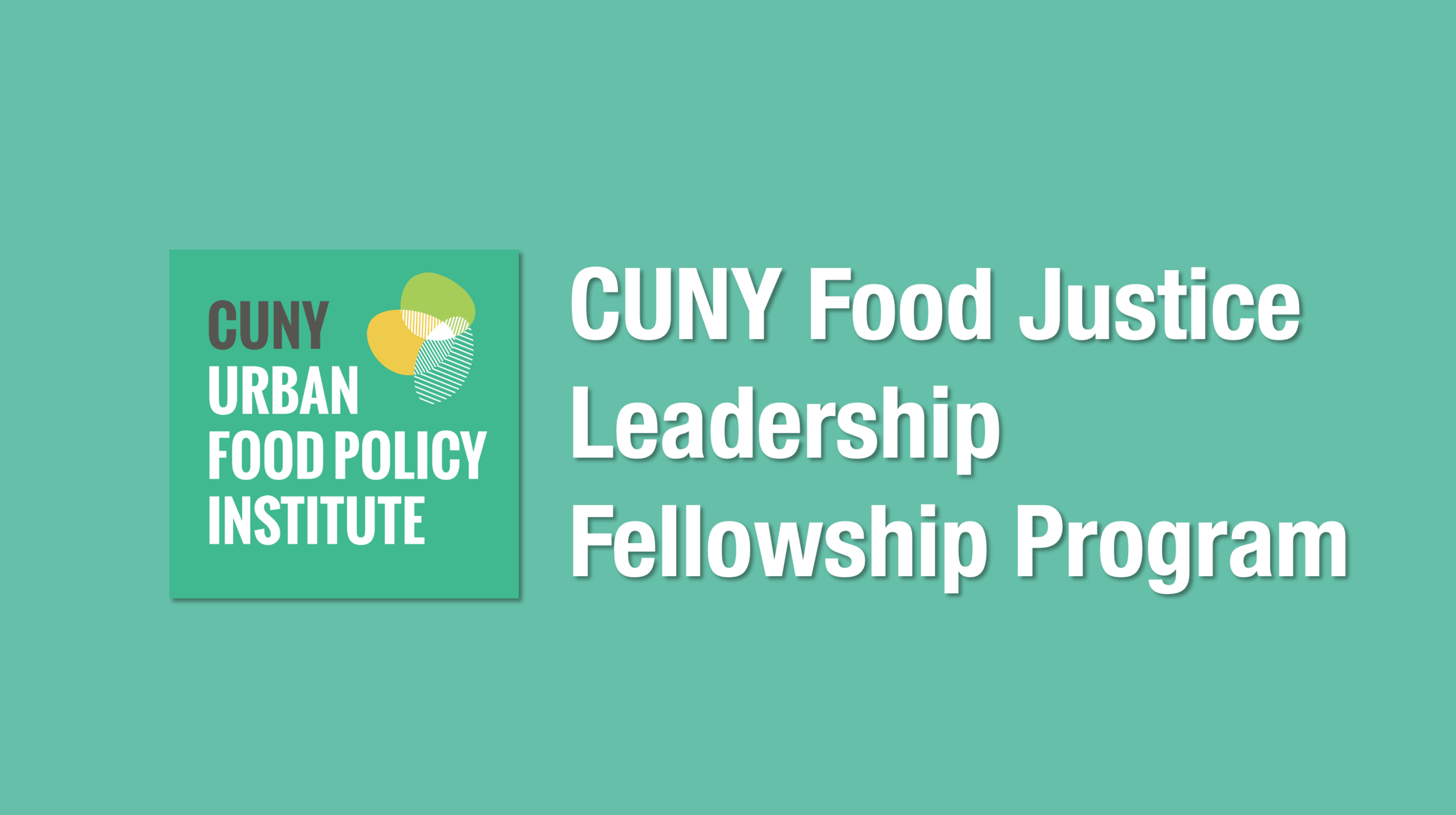 Valerie Chong Nigg (VCN): Tell us a little about yourself. What is your favorite food and why?

Aylleen Kocher (AK): My name is Aylleen Kocher, I’m a student at Lehman College, and I will be graduating next winter. Outside of work, I enjoy cooking, anime, video games, and I’m just a big food nerd. I watch a lot of Food Network and cooking competition shows. Before it ended, my favorite was Master Chef. I think that really kicked it off for me, and I just love Gordon Ramsay in general.

Honestly, my favorite food is rice and beans. I can eat rice and beans every single day and not get tired of it. I actually just ate rice and beans before coming in. Kidney is my favorite- the red kidney beans. I also love pasta. I make a really good red sauce, and I learned how to make it really nice and spicy for my family.

VCN: What’s your major? Why did you choose that major?

AK: My major is Sociology, and my minor is Human Rights and Peace Studies. I chose the major because when I came to Lehman, I was thinking about going to social work school, and an advisor suggested I take sociology and try out the social sciences, to see how I would like it. And I ended up really liking it and I ended up learning a lot of theory and reading about a bunch of old people. (laughs) But I also got to learn about a lot of modern scholars and a lot of African American scholars recently. Sociology opens your mind to a lot of things, and it motivates me to want to see the changes in my own community. Because even though you learn about all these old theorists, you learn how to reflect those theories in your community. Lehman is in the Bronx, so we talk about the Bronx and we talk about the inequality there and in the other boroughs.

As for my minor, it’s with the Department of Anthropology, and I actually haven’t gotten a chance to learn too much about it because the way the pandemic has been going, the classes haven’t been available. So right now, I’ve been taking a lot of Latino Studies classes, and I also like them, even though they’re a little bit of a downer because you learn about how my country (Ecuador) and a lot of other Latino countries are products of colonialism. And once again, you learn about all these theories and you learn how to connect them to your history. I never got to learn about my history until maybe within the last two years. I can’t wait to be full-time in the fall, honestly. I don’t know how CUNY’s going to roll it out, but I think I’m finally going to be full-time because I feel like we can see an end to the pandemic.

VCN: Why did you apply for the CUNY Food Justice Leadership Fellowship?

AK: I got sent the information for the Fellowship by someone in the Career Center. At the time, I was a student at BCC, and they sent it in a general email, and I was like, “Oh my God, this looks like it would appeal to me.” It just seemed like a good fit at the time because I was just then realizing that this was an issue that directly impacted me and the students around me. At the time, I was working (in Manhattan), and I was noticing the disparities between the two boroughs. I was also finishing up another internship with the BCC Office of Personal Counseling, and I was really motivated to give something back to the students, so I thought that by participating in the Fellowship, I could pass that information along to other people.

VCN: What does food justice mean to you?

AK: To me, it’s equity and education. You can say, “I want to give everyone food in New York,” but is it quality food? That’s not something that’s really taken into consideration. Equity is so, so important. The government will just give people food stamps, but they’ll only have access to terrible food. That’s why so many health problems are prevalent in predominantly Black and Brown communities- and in Asian communities, as well. In light of all the attacks against Asian Americans in New York, I’ve decided to take it upon myself to do some reading, and besides the “model minority,” older Asians are some of the poorest people in NYC. They’re neglected, and there’s a language barrier like ours, so they’ll take the food stamps and those health issues will still be prevalent, and it just creates a cycle of poverty.

And when I say education, I think about access. I’ve realized over the past year in the pandemic, people are trying to access COVID resources and food banks, and people don’t have internet, people don’t have working cell phones.

VCN: What do you think is the greatest threat to food justice facing NYC today?

AK: I think big structural changes need to happen, especially in New York. It goes beyond having a new mayor. No one politician is going to fix everything, no matter what they promise, because at the end of the day, there’s always going to be pushback. No one is going to say outright that they don’t care about Black and Brown people, but their money is going to talk for them, and New York City is always going to do what the rich people want, and that has to change. There isn’t enough food democracy in representative politics.

VCN: What is your ideal vision of the food landscape of NYC in 5 years?

AK: I’m going to try to think small, because I think too big, and it doesn’t allow me to appreciate the small things, sometimes. I would like to see an expansion of SNAP for college students. I want to see jobs expand, too, with more equitable jobs. Right now, a lot of people are still not working, including myself, so I want to see more good food jobs in the fall and winter, with higher wages. A lot of restaurant workers have realized that they can collect more money being on unemployment, but unfortunately, that still isn’t really a living wage. I also want to see more urban farms. I want to see more disadvantaged folks get over the stigma of farming and just get their hands in the soil, because it’s so good for you. And you can eat the food that comes out of the ground! And it’s so much better than anything you could get out of Fine Fair.

VCN: What have you learned from being in the Fellowship? How has it influenced you in your work as a food justice advocate and leader?

AK: All of the trainings have once again highlighted all of the inequities in New York City, and that’s motivated me to want to see a big change in my lifetime. And even though there’s a lot of bad, I’ve also learned about a lot of good things, like NYCHA gardens, which I truly did not even know existed.

I’ve also learned so much about myself, like I’ve realized that I prefer solo projects and being in charge. Basically, I can see myself being a leader in the future and coming up with ideas for projects and bouncing it off other people.

VCN: Which Fellowship session was your favorite?

AK: Learning about our local government with Laura Jankstrom, Director of Civic Engagement Programs at the ‎Citizens’ Committee for Children of New York. I really liked that one because I was so shocked at the end; I didn’t realize we could do all this. We don’t really think about our elected officials, and that put things into perspective for me, and I decided to look up my elected officials after that, and I make sure to vote in every local election now. My district leader is Congressman Jamaal Bowman who represents New York’s 16th congressional district, which includes most of north Bronx and the southern half of Westchester County. I really like his policies and his humble beginnings, and I’m always rooting for those people, because we don’t see many of them in politics, unfortunately. Advocacy is much more accessible than you think.

VCN: How has your relationship with the other Fellows and program staff contributed to this experience for you?

AK: Well, all of our relationships turned virtual. I would say that the closest person to me in the Fellowship is Melina (Valle), because we work together in our internship placement, and she’s so great. She’s so knowledgeable about journalism and visuals and details I don’t think about.

And then staff were always so supportive. Sarah (Shapiro- Peer Mentor) always extended her support and let us know to talk to her if we needed something or couldn’t meet a deadline. There was truly a point where I felt like I couldn’t keep going, because I was just experiencing so many losses in the pandemic, and Sarah was there to support and gave me extra time. You don’t really get that in a lot of academic experiences, and I will never take it for granted.

VCN: Tell us about your internship placement related to the Fellowship and what you’re working on.

AK: I’m the Education Intern at Rock Steady Farm. I provide a lot of information to CSA members, things like how to make their vegetables last. I also provide information for our social media posts to share information about the farm. I’m working right now on posts about important dates in the farming world, like the International Day of Peasant’s Struggle. I’m really looking forward to Earth Day, because I’m going to talk about greenwashing capitalism.

VCN: Where do you see yourself in 5 years?

AK: I’m not really sure. I think about social work all the time, but I know that social workers tend to be overworked and underpaid. I realized that I would be giving into this big system that doesn’t benefit me or my client. In social work, a lot of problems can be solved by clients having more resources and money. And you can recommend resources, but sometimes they don’t qualify because they make $1 over the line. You just have to have a thick skin, and I don’t know if I can live with telling people no forever.

Whereas, I’ve also thought of getting into academics and public health, but I see myself doing more hands-on work with people. I don’t always want to be behind the scenes. So I’m constantly stuck between the two fields. I definitely see a master’s degree down the line, but I’m still deciding. Every internship and workplace I’ve had, I’ve noticed that I tend to gravitate towards hands-on work and working with people. All I know is that I want to do something to do with helping people and fighting for social justice, I just don’t know how exactly I’m going to get there. I don’t know, it’s corny, but whatever I end up deciding for myself is going to be the right decision. 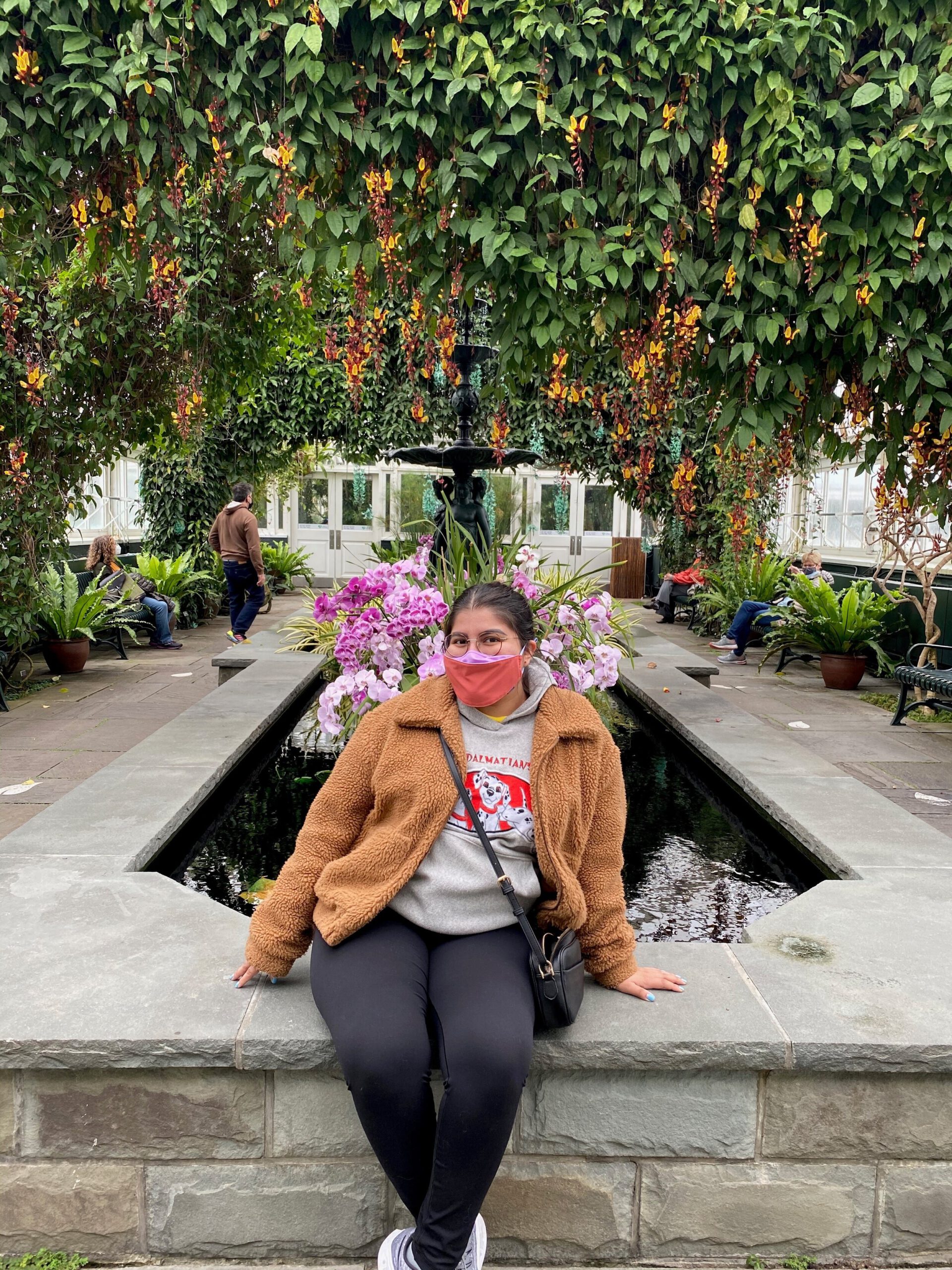