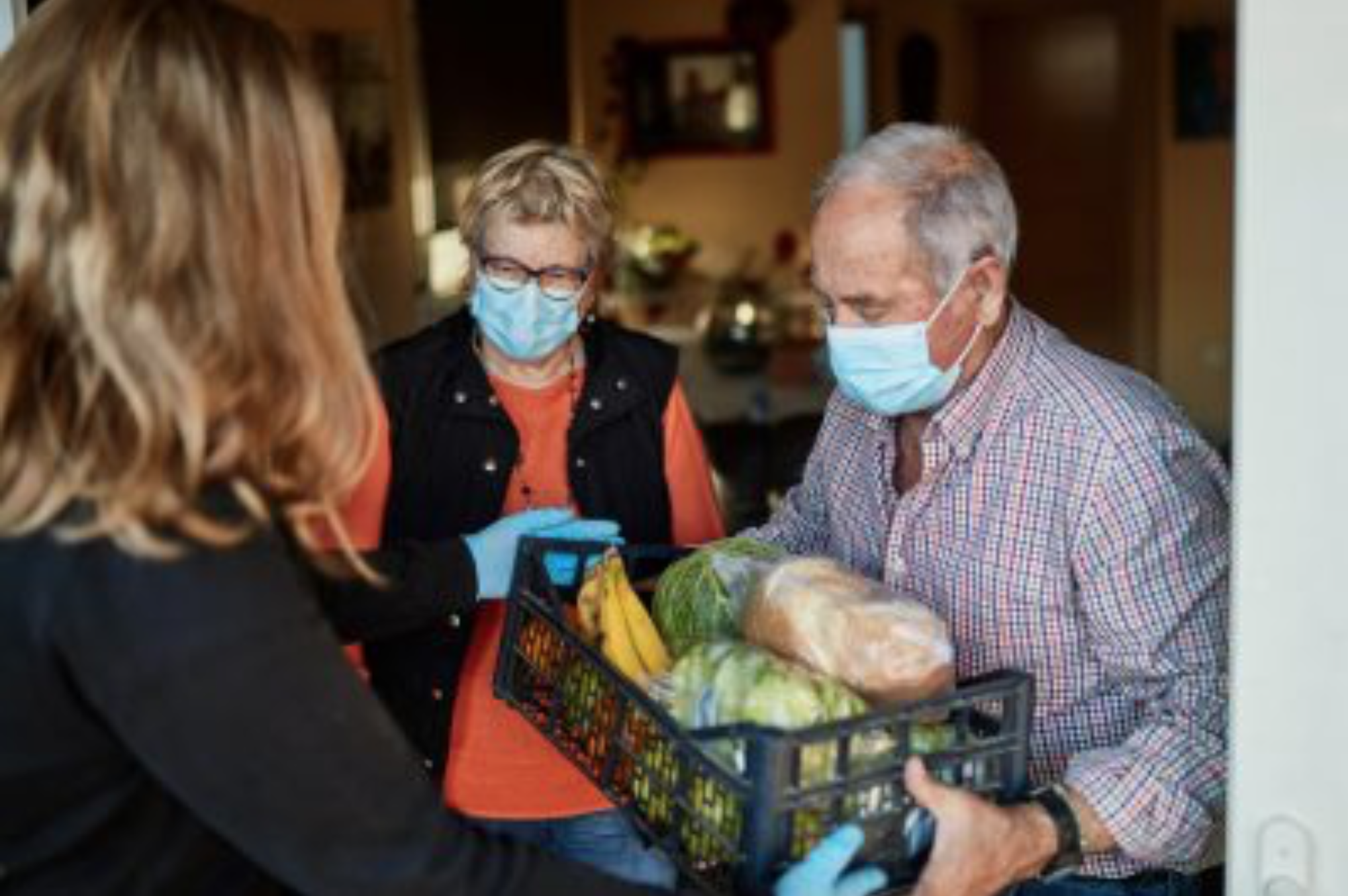 In the last several months, the proportion of New Yorkers reached by the public food programs initiated by New York City to address rising rates of food insecurity has doubled, indicating progress in reaching those in need. In the latest COVID-19 tracking survey from the CUNY Graduate School of Public Health & Health Policy (CUNY SPH) conducted from September 25 to 27, 34% of the sample of one thousand New York City adults reported that their households had received SNAP benefits since September 1st. Among the survey participants, 28% reported they had used an emergency food program or soup kitchen since the beginning of September and 26% had received food from the New York City school system’s Grab and Go Food program. In an earlier CUNY SPH survey (April 24-27), only 16% of respondents reported receiving SNAP benefits, 16% reported use of an emergency food program, and 13% reported obtaining food from school-based food programs.

Despite these successes in providing more people with food assistance, levels of food insecurity remain high. In the latest survey, 38% of New Yorkers expressed worry that their household would run out of food before they could buy more and almost a third (31%) said they had actually run out of food for their household during September. In the May survey (May 1-3), 44% were worried about running out of food and 30% said they had actually run out. Thus, while the proportion of people helped by public food programs doubled, the rates of those reporting worries about food security fell by only 14% and the rates of those running out of money for food did not decline at all.

“Despite its accomplishments in launching new public food programs, New York City must do more to stem the new pandemic of food insecurity triggered by COVID-19,” said Nicholas Freudenberg, Distinguished Professor of Public Health at CUNY SPH and Director of the CUNY Urban Food Policy Institute. “Only by taking on the fundamental drivers of food insecurity — persistent poverty, unemployment, low wages, and lack of affordable housing — can our city reduce this troubling trend.”

The latest survey also showed that rates of food insecurity are highest in low income, Black and Latinx communities. Table 1 shows that the proportion of New Yorkers who worry that their households will run out of food before they can buy more is twice as high for Latinx as for white city residents and 1.4 times as high for Black as white residents. Both Latinx and Black residents report substantially higher rates of actually ran out of money for food in the last month. Of interest, 60% of respondents who chose to answer the poll in Spanish (a group that includes Latinx-identified residents as well as other Spanish speakers) reported worries about running out of food and 48% reported actually running out of food, an indicator of high levels of food insecurity in this group. Survey participants of all races reporting annual household incomes of $100,000 or less are almost twice as likely to report running out of money for food in the last month than those making more than $100,000 (33% vs. 20%, not shown in Table).

*Total also includes 32 respondents who identified as “other” or “multiple”

The survey also showed that populations with higher rates of food insecurity participated more in public food programs. As shown in Table 2, Black and Latinx residents used SNAP, emergency food programs, and school feeding programs at higher rates than White or Asian residents. Respondents who chose to answer the survey in Spanish again had the highest rates of use, with rates of SNAP use at 53%, Emergency Food programs at 37%, and Grab and Go school programs at 45%.

* Total also includes 32 respondents who identified as “other” or “multiple

The complete survey results and related commentary can be found at https://sph.cuny.edu/research/covid-19-tracking-survey/September/part-2-food-insecurity and JHC Impact, an initiative of the Journal of Health Communication: International Perspectives.

The CUNY Graduate School of Public Health and Health Policy (CUNY SPH) survey was conducted by Emerson College Polling from September 25-27, 2020. The sample for the New York City results was n=1,000, with a Credibility Interval (CI) similar to a poll’s margin of error (MOE) of +/- 3 percentage points. The data set was weighted by gender, age, ethnicity, education, and region based on the 2019 1-year American Community Survey model. Additional considerations beyond the ACS model influenced weights for race/ethnicity as the Census Bureau collects two sets of race/ethnicity data by grouping Hispanics and races together (e.g. Hispanic Whites) as well as separating non-Hispanic and Hispanic groups. To create one data set that more appropriately represents the racial diversity in NYC, we grouped Hispanic and Latinx respondents together. It is important to remember that subsets based on gender, age, ethnicity, and region carry with them higher margins of error, as the sample size is reduced. Sampling parameters were set based

The CUNY Graduate School of Public Health and Health Policy (CUNY SPH) is committed to teaching, research, and service that creates a healthier New York City and helps promote equitable, efficient, and evidence-based solutions to pressing health problems facing cities around the world.

This press release was originally published at https://sph.cuny.edu/2020/10/14/food-insecurity-covid-release/