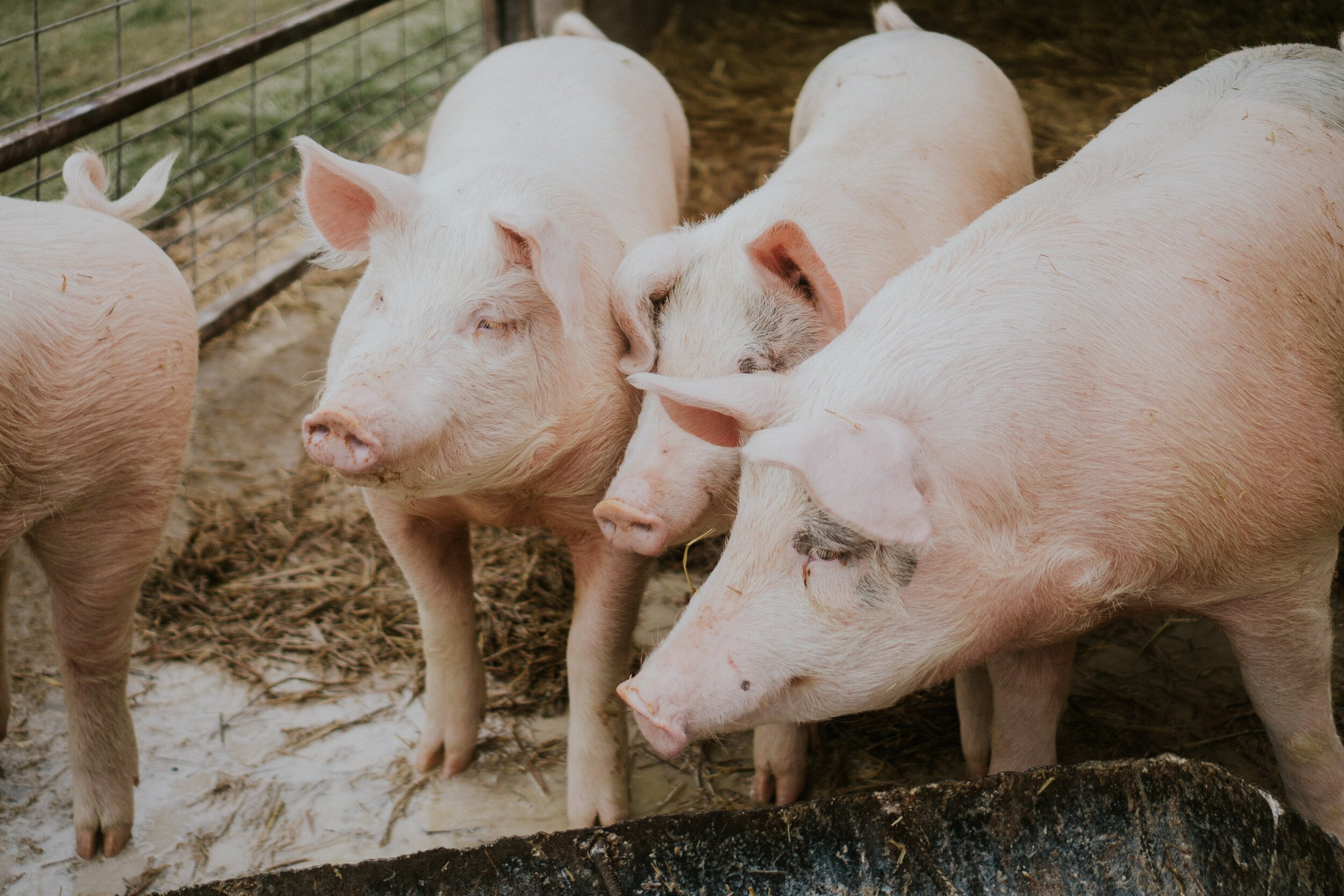 The previous crisis most on my mind since the advent of the COVID-19 pandemic is the Great Depression of the 1930s. It is not just the soaring job loss, though economists warn that covid-19 induced unemployment may soon exceed depression era levels. For me, the reports of crops plowed under, milk poured on the fields and piglets “culled” while lines grow at food banks recall the “breadlines knee deep in wheat” of the Hoover years, and the emergency slaughter of six million baby pigs that ignited a storm of criticism of FDR.

The pig slaughter was a public relations disaster for the Roosevelt administration. A confused outpouring of sympathy for the “poor little pigs,” intensified when they escaped through the slats of stockyard pens built to contain big hogs and ran squealing down the streets of Chicago and Omaha. Slaughterhouse equipment, also designed for big hogs, couldn’t dehair the smallest pigs, those weighing less than 81 pounds, so the processors turned them into “tankage,” a sort of liquefied pig normally dried and used for fertilizer. The drying and storage capacity was soon overtaxed, and the processors looked around for other avenues of disposal. In Chicago, they bought an old gravel pit. The weather turned warm and humid and a great stench arose, followed by clouds of blue flies. The anti-Roosevelt newspapers, especially the Chicago Tribune, had a field day.

But behind and below and above the stink caused by the disposal of the tankage flowed a tsunami of moral outrage at the destruction of food while people went hungry. Letters poured in from around the country asking why the meat could not be used to feed people on relief. Supporters of the new administration wrote in to beg the President to put a stop to the “malicious rumors” that the pigs were being made into fertilizer. Many quoted a common saying that “willful waste brings woeful want,” and predicted dire consequences of the natural, supernatural or political varieties for any government engaged in such a project.

Goaded by public anger, Roosevelt administration hastily set up a program, the Federal Surplus Relief Corporation (FSRC), to purchase farmers’ surpluses and transfer them to the needy. The New York Times welcomed the new program with an editorial asserting that it would not only provide relief to the farmer and the unemployed, but it would “relieve our minds of the distressing ‘economic paradox’ of unprofitable surpluses existing side by side with extreme want.” [“Plenty and Want,” September 23, 1933]. The FSRC functioned for a few years, handling pork and lard from the pig debacle and later beef from cattle culled from herds when drought destroyed their grazing lands, and a wide variety of fruits and vegetables. Many new dealers directly involved with the pig slaughter and other agricultural adjustment programs later recalled the FSRC fondly, asserting that it “resolved the paradox of want amid plenty.” The federal government has been in the food assistance business ever since.

What are the lessons we should learn from this story of the origins of federal food assistance?

First, beware of programs that relieve our minds. Despite the fond memories of New Dealers, the FSRC did not resolve the contradictions of waste amid want, though perhaps it resolved the political crisis generated by the pig slaughter. It transferred a small portion of the surplus to some of those in need, and served a public relations function that permitted the Agricultural Adjustment Administration (AAA) to get on with the questionable business of reducing supplies to insure profitability. People in the US feel uncomfortable when we hear about hunger, and angry if food is visibly destroyed or wasted while people are in need. But we are far too easily satisfied by token programs that move some of the surplus to some of the needy. The Farm to Families food box program recently undertaken by USDA comes immediately to mind. Hunger is a symptom that people lack sufficient income. Emergency food transfers should not be permitted to obscure the underlying income insecurity. We need to emerge from the pandemic with an overhaul of our income security safety net, not an expanded charitable food banking system. Similarly, the waste and destruction of crops reported recently is a symptom of excessive concentration in the food supply chain. When eighty percent of meat processing is controlled by four firms, it is no wonder that there are bottlenecks. A more regionalized and localized supply chain will prove far more resilient, not just in the next pandemic but also in the inevitable shocks to be anticipated from climate change. We must not allow ourselves to be seduced by programs that match up complementary symptoms while obscuring structural flaws.

Second, social movements and skilled advocacy are essential to protect benefits for poor people. I first learned this story researching the origins of federal food assistance in the aftermath of the dramatic rediscovery of hunger in America that took place in the late 1960s. At that point, federal food programs were failing miserably—reaching only a tiny proportion of those in need, and not providing those they reached with the means to achieve even a minimally adequate diet. For decades, a meager, residual surplus commodity distribution program continued to relieve the minds of the well fed while poor people suffered. Not until a social movement abetted by the efforts of skilled advocates demanded more adequate provision did federal food assistance begin to supply substantial quantities of aid. Even today, when the SNAP program reaches millions of American households, we pay too little attention to the adequacy of the assistance provided. The monthly benefit, derived from an emergency eating plan designed for temporary use, is too low to see most families through the month. Large numbers of SNAP participants must still turn to food pantries to make ends meet, and many other very poor people are excluded by artificial work requirements. We need to rebuild a serious movement to address inequity and inequality.

Third, a crisis is a terrible thing to waste. As the depression idled to a close at the end of the 1930s, the reform energies of the early New Deal had not established a floor under income, and had accelerated the loss of land by small farmers, particularly farmers of color. The biggest gains for labor, social security, unemployment compensation, and rights to organize specifically excluded agricultural workers. As Howard Zinn wrote in one of the seminal critiques of the New Deal, “Yet when it was over, the fundamental problem remained—and still remains—unsolved; how to bring the blessings of immense natural wealth and staggering productive potential to every person in the land.”[i] It would be an overstatement to say that the crisis of the Great Depression was “wasted,” but it is sobering to assess how limited were the gains made on behalf of equity and equality.

Clearly the pandemic has revealed the depth of inequities in health care, in diet, in under-compensation of work now suddenly recognized as essential, in basic protections for large groups of workers, particularly workers in the food system. Hailing them as heroes is not enough. We need to listen to the organizations that food workers themselves have created and move forward toward adequate wages, fully compensated sick leave as needed, and comprehensive health insurance and health care. Anything less would fail to honor the sacrifices and risks that health care and food workers have taken on for the benefit of us all.