How has the Coronavirus epidemic influenced people’s ability to get food in New York City and State?

How has the Coronavirus epidemic influenced people’s ability to get food in New York City and State?

As the coronavirus rapidly spreads in New York City and State, it is influencing every aspect of people’s lives, including their ability to get food. To track the changing impact of the pandemic on the lives of New Yorkers, researchers from the CUNY Graduate School of Public Health and Health Policy (CUNY SPH) and Emerson College are rolling out a weekly survey to capture where New Yorkers get information on COVID-19, how they perceive their personal risk, and what actions they are taking to protect themselves. Results from the March 13-15th survey are here and the March 20-22nd survey are here. The surveys paint a picture of an epidemic that has already has a devastating impact on the daily lives of New Yorkers.

Figure 1 shows the overall responses. Half of New Yorkers reported that their ability to get the food they needed had been reduced a lot (18%) or somewhat (32%), showing the rapid change in food availability in the first weeks of the epidemic. 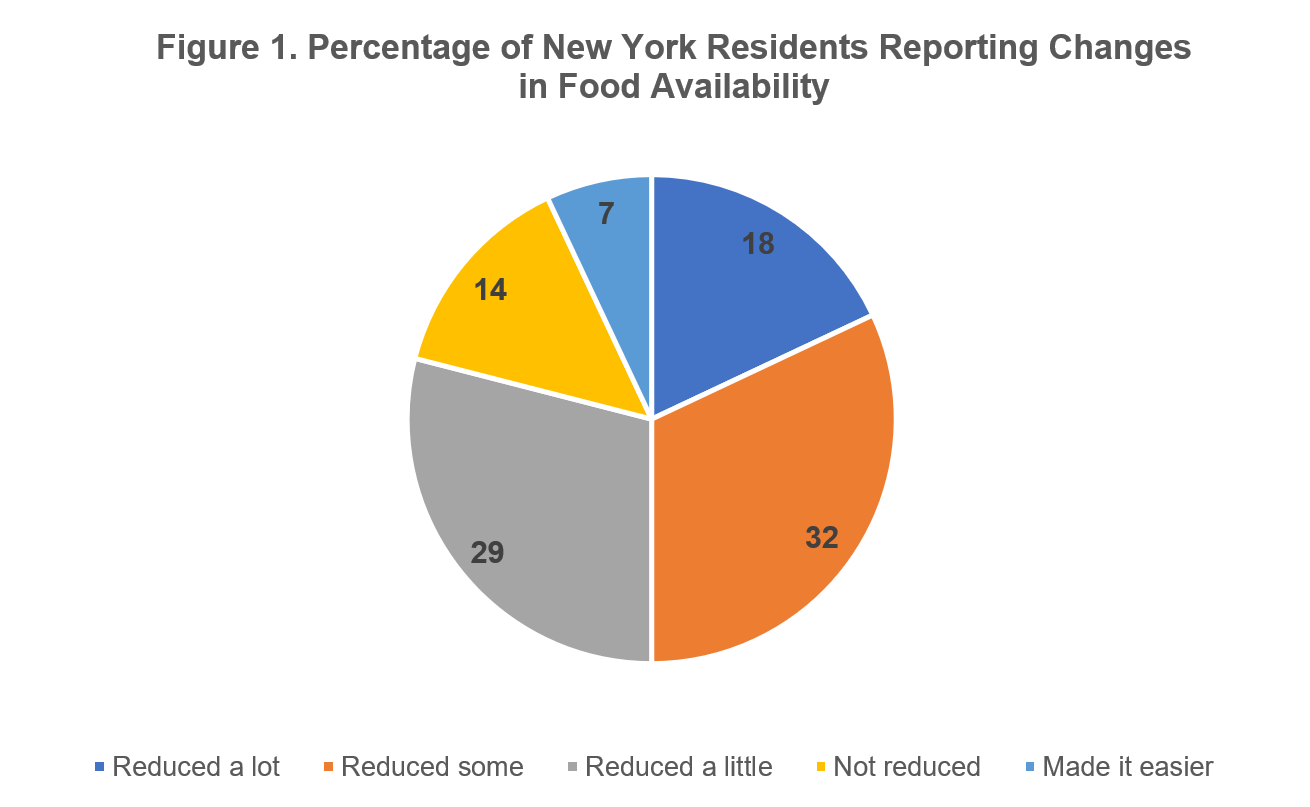 Figure 2 shows the breakdown in reports of food availability by household income. Of note, about 4 in 5 households at all income levels reported some reduced availability to the food they need since the epidemic started. In addition, more than one in 10 households in all income groups reported that their ability to get the food they needed had been reduced a lot, with lower income households reporting higher levels of disruption. 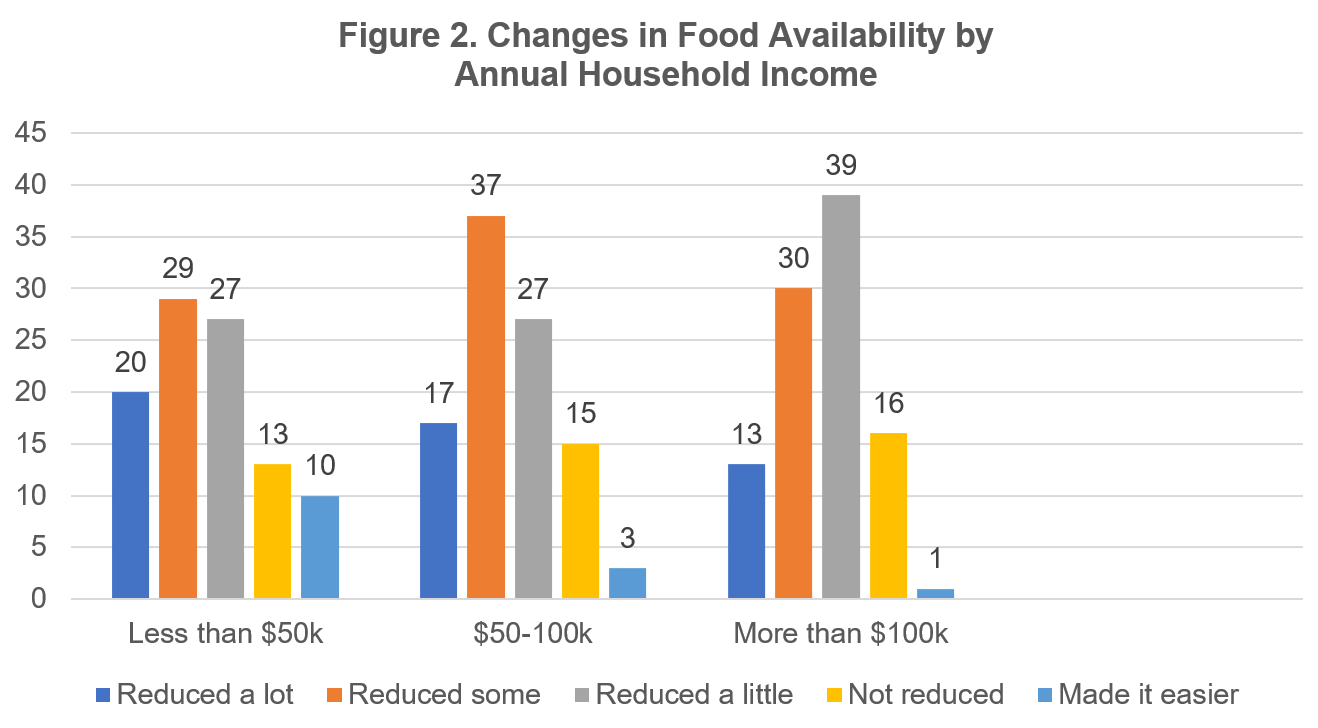 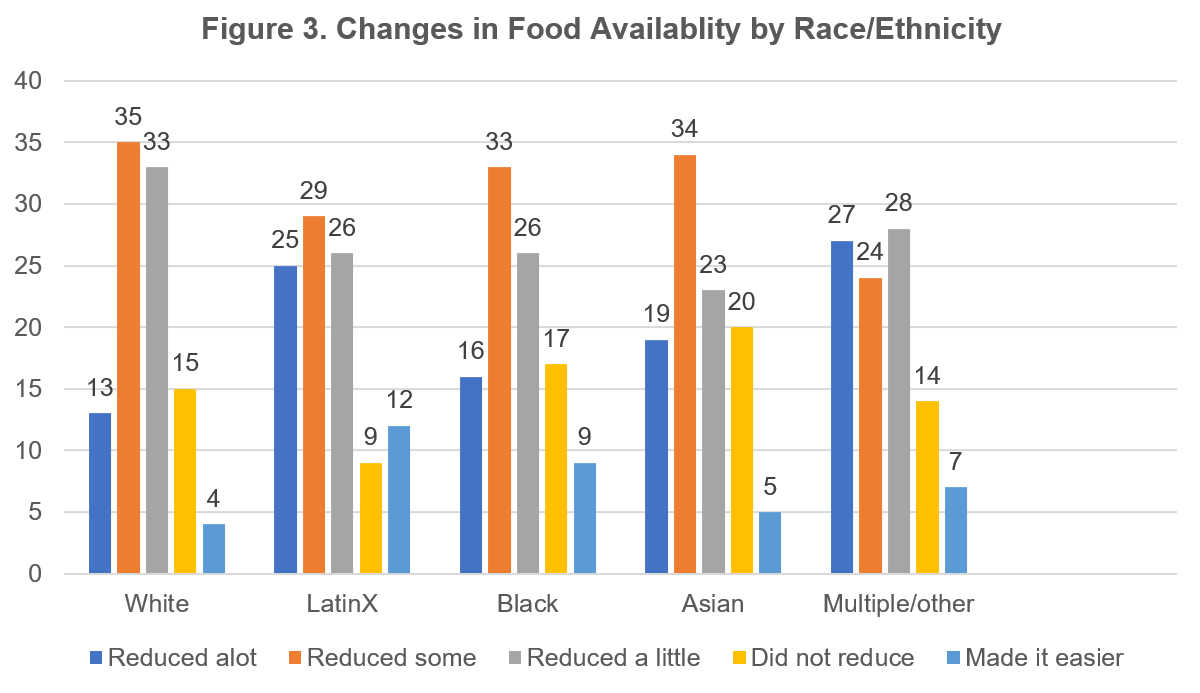 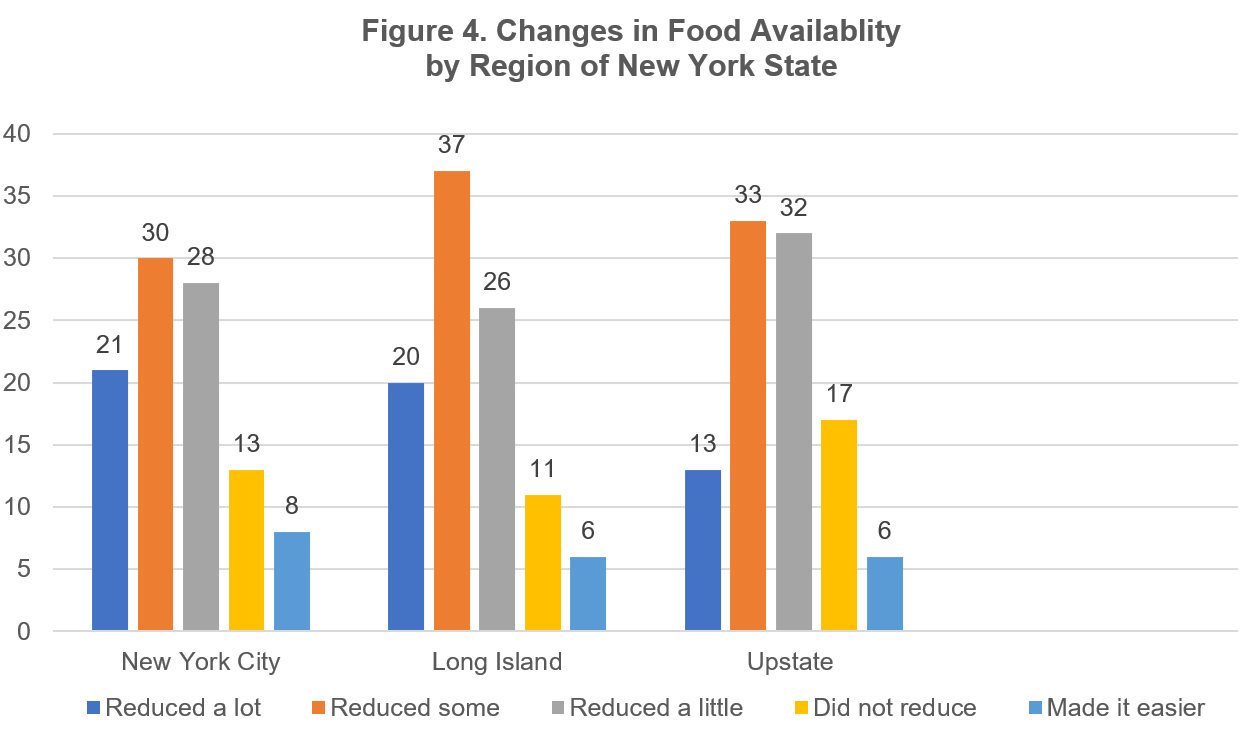 These findings show that many New Yorkers report that they are already experiencing difficulties finding the food they need as a result of the corona virus epidemic. It also shows that low income, LatinX and multiracial households are experiencing especially high levels of limited access. While the survey does not distinguish between actual food supply in stores and restaurants and what people perceive, the findings highlight the urgency of developing city and statewide solutions that will increase food access and availability. Future surveys will explore additional dimensions of the changing availability of food in New York City and State.