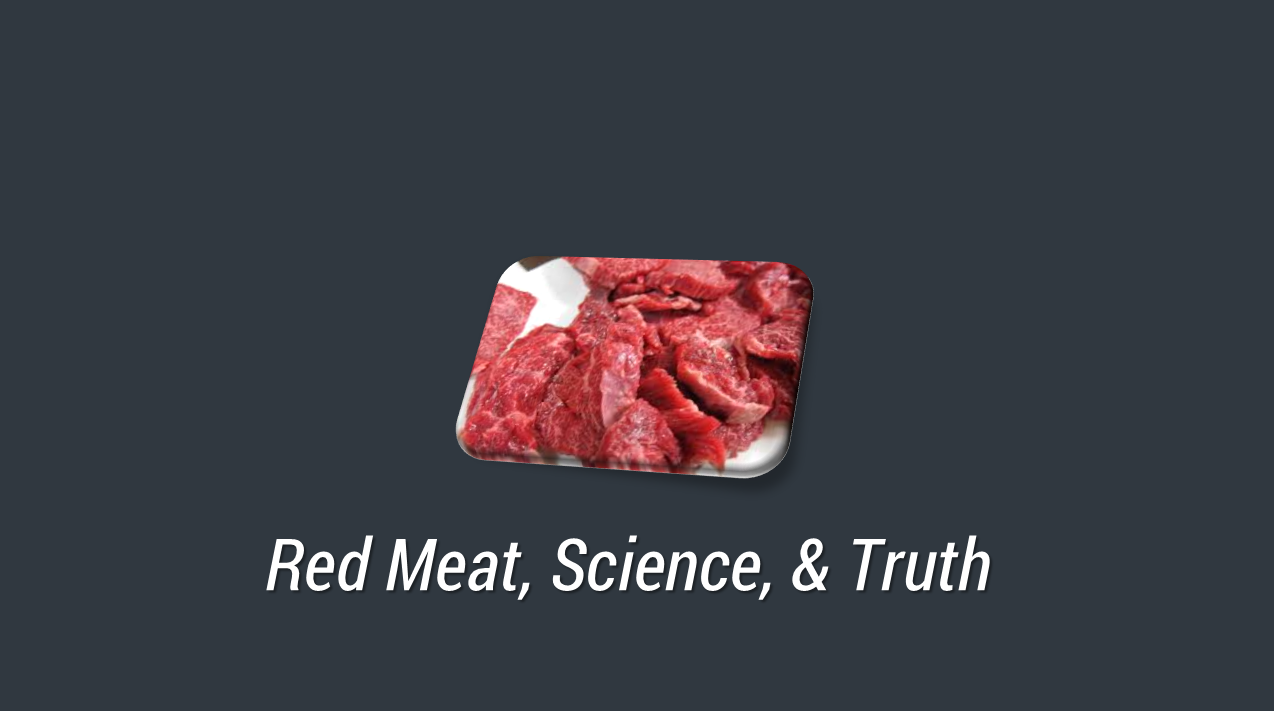 Earlier this month, a study published in Annals of Internal Medicine reported that a new analysis of five systematic reviews of the relationship between meat consumption and health concluded that most people can continue to consume red and processed meat without threat to health.This surprising finding contradicted dozens of previous studies and attracted newspaper headlines around the world.

A few days later, however, the New York Times reported that the lead researcher on the study Bradley Johnston, an associate professor at Dalhousie University in Canada, had not disclosed his prior support from the International Life Sciences Institute (ILSI), a trade group supported by multinational food corporations including McDonald’s, Coca-Cola, PepsiCo and Cargill, one of the largest beef processors in North America. Dr. Johnston was senior author of a 2016 paper that sought to discredit international health guidelines that recommended to eat less sugar. According to the New York Times, when Dr. Johnston and his colleagues first published the sugar study, they said that ILSI had no direct role in conducting the research other than providing funding, but later amended their disclosure statement in the Annals after The Associated Press obtained emails showing that ILSI had “reviewed” and “approved” the study’s protocol.

Dr. Johnston said his past support from ILSI had no influence on his meat study. However the Washington Post also reported that NutriRECS, a consortium of about 20 researchers including the authors of the red meat study, had formed a partnership with an arm of Texas A&M University partially funded by the beef industry.

ILSI, founded by a top Coca-Cola executive four decades ago, has long been accused by the World Health Organization and others of trying to undermine public health recommendations to advance the interests of its corporate members. A recent New York Times profile showed how the group uses its money and influence to discredit science that could harm the food industry.

Other nutrition researchers criticized the methodology of the red meat study. “We’re collectively appalled that this is being pushed in the way that it’s being pushed. It just adds to the confusion for patients,” Elizabeth Klodas, a cardiologist and member of the American College of Cardiology’s nutrition group told the Post. “The conclusions are not the conclusions of the medical community. They were selective in the studies included and the weight they gave them.” Walter Willett, professor of epidemiology and nutrition at Harvard T.H. Chan School of Public Health, also noted that the Annals of Internal Medicine study ignored solid science in the arena.

“If you really want to review the evidence, you have to look at all bodies of relevant data. Why did they ignore that vast body of data of carefully controlled, randomized studies?” asks Willett, pointing to studies that show that, compared with plant sources of protein, red meat increases blood levels of LDL cholesterol and triglycerides, which consistently predict a higher risk of cardiovascular disease. He noted that the study failed to consider what people ate instead of red meat, a serious lapse. David Katz, the founding director of the Prevention Research Center at Yale, said the study seems designed to influence the 2020 Dietary Guidelines. “This is about weaponizing science so it blows up understanding rather than advancing it,” he told the Post.

Why do poorly designed industry-supported studies matter? “Meat is something people make decisions about in their own life every day,” explained Harvard’s Willett. “The biggest cost [to studies like these] is, people will throw up their hands and say nutritional science doesn’t know what it’s talking about.” By using sloppy science to promote the financial interests of one sector of the food industry, researchers discredit science, increase public mistrust of any research evidence, and make universities appear to be one more self-interested player, putting forth messages that serve its patrons.