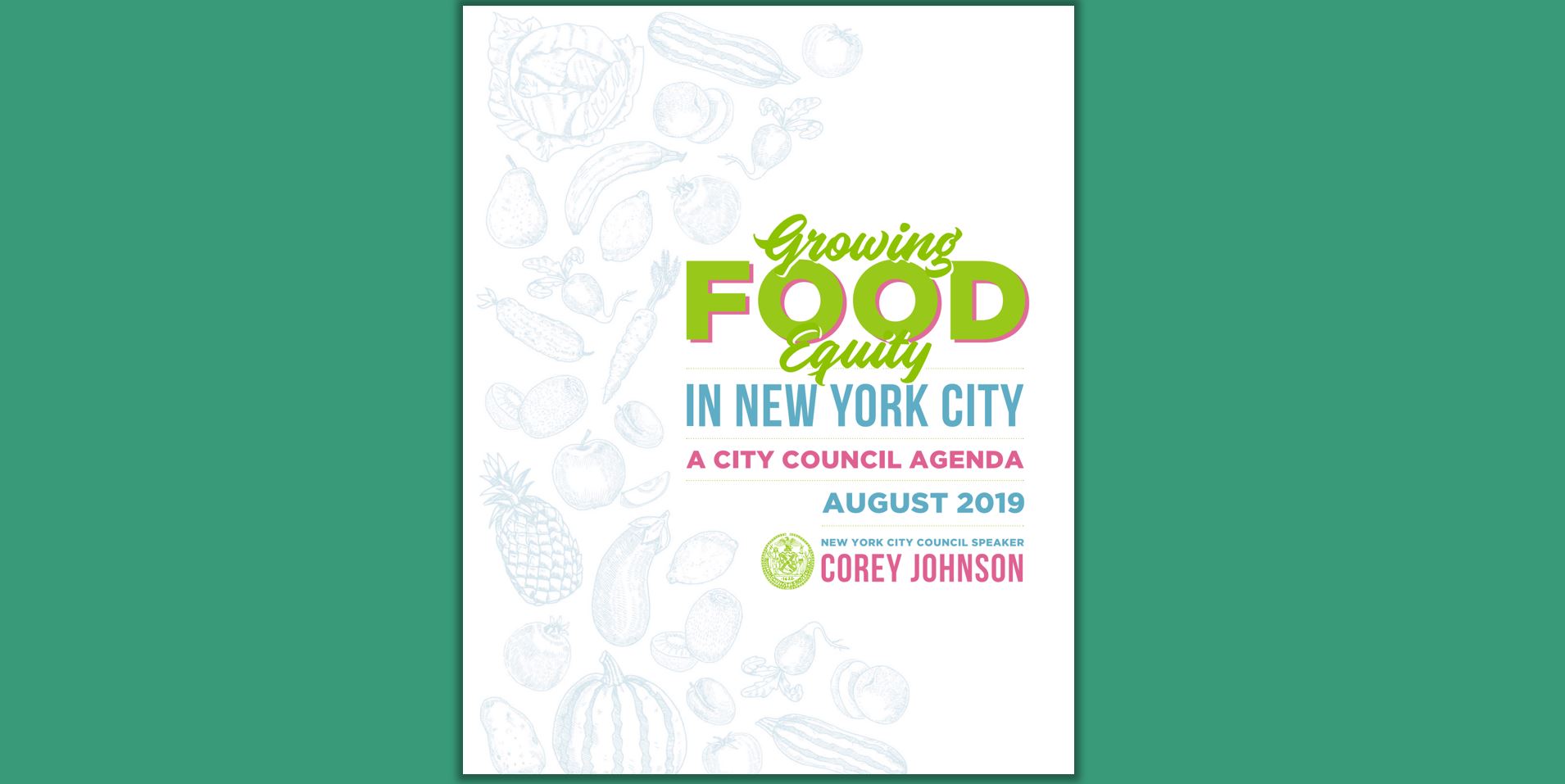 On September 18, 2019, the City Council held a joint public hearing of the Committees of Economic Development, Education, and General Welfare inviting public input on a comprehensive food policy package that included 14 bills and 2 resolutions. CUNY Urban Food Policy Institute staff testified in support of the measures and recommended that the City take into consideration several key factors to ensure their effective implementation in the coming months and years.

In this brief communication, we delve further into the hearing and explore three key questions: 1. Who testified and how were different domains of the food system represented at the hearing? 2. Which of the bills and resolutions received the greatest attention? 3. What were some of the main types of recommendations that participants the proposed? (See also the written testimony and video from the hearing)

1. Who testified and how were different domains of the food system represented at the hearing?

Overall, the hearing was attended by representatives from 11 government agencies, 41 nongovernmental organizations, and 4 independent citizens, including school students. As shown in the pie chart below, most organizations worked in the sectors of community development, anti-hunger, and healthy nutrition, though many work across multiple sectors and thus it is hard to accurately situate them in a single sector. Of notice is that among the non-government participants, 18% were involved with the NYC Good Food Purchasing Campaign.

2. Which of the bills and resolutions received the greatest attention?

The bill that was most addressed in the submitted testimony is Int.1660, which proposes the creation of a Good Food Purchasing Program in New York City. Twenty-two people expressed support for its advancement. In her testimony, Suzanne Adely from the Food Chain Workers Alliance, underscored that the “GFPP will enable buying power to provide transparency in food sourcing practices, while also transforming our food systems and address the systemic inequities.” The second most cited bill, mentioned in 20 of the testimonies, was Int. 1676. This bill requires the Department of Education to report on implementation of scratch-cooked school food service. The third most discussed measures at the Hearing were two of the bills which aim to strengthen urban food governance — Int. 1664, requiring the Office of Food Policy to formulate a 10-year food policy plan, and Int.1666 calling for the establishment of a Charter-mandated Office of Food Policy. Each was mentioned by 14 of those testifying. 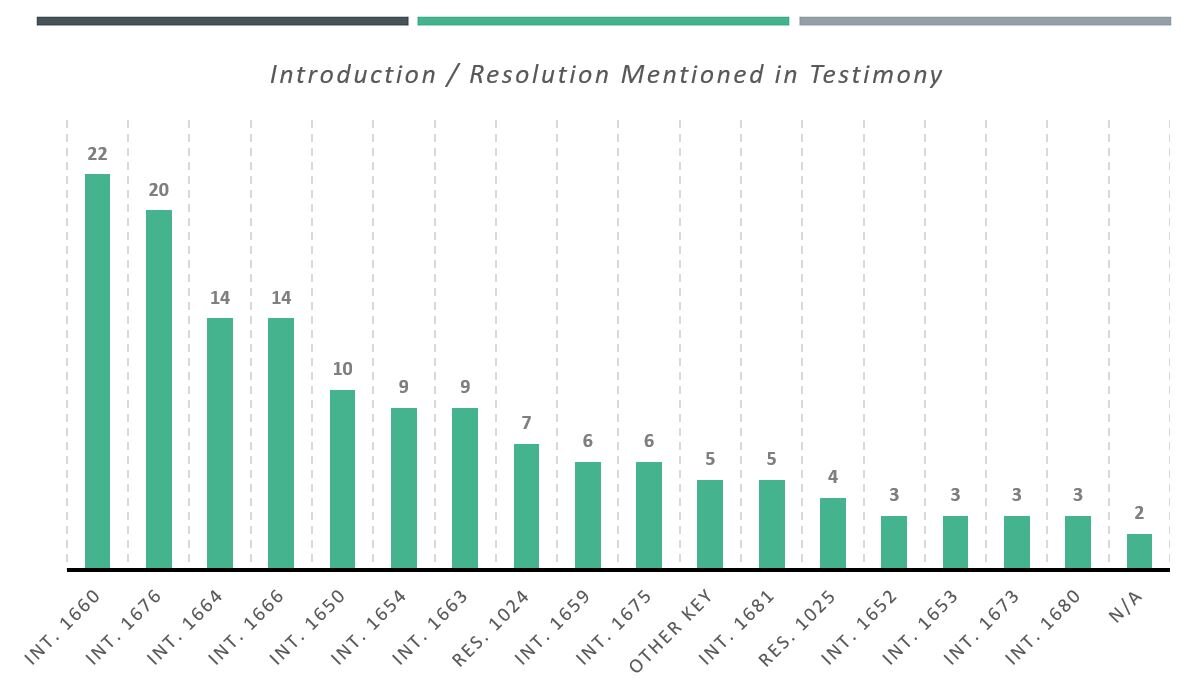 3. What were some of the main types of recommendations that participants proposed?

While feedback on the Growing Food Equity legislative packet was overwhelmingly in support of the measures, some of the testimony provided specific recommendations on how to strengthen the proposed legislation. Among the 139 recommendations, 33 suggested language change to bills and 32 proposed ideas for implementing the bills (see also chart below). For instance, in commenting on Int.1660, Qiana Mickie from Just Food suggested the development of “facilities with packing/ processing/ cold storage of regional food would create a local hub to meet institutional level demand”. In testifying on Int.1676, Andrea Strong of the NYC Healthy School Food Alliance suggested that the city consider developing a borough-centered commissary style kitchen to plan for citywide opportunities for scratch-cooked meals in schools. 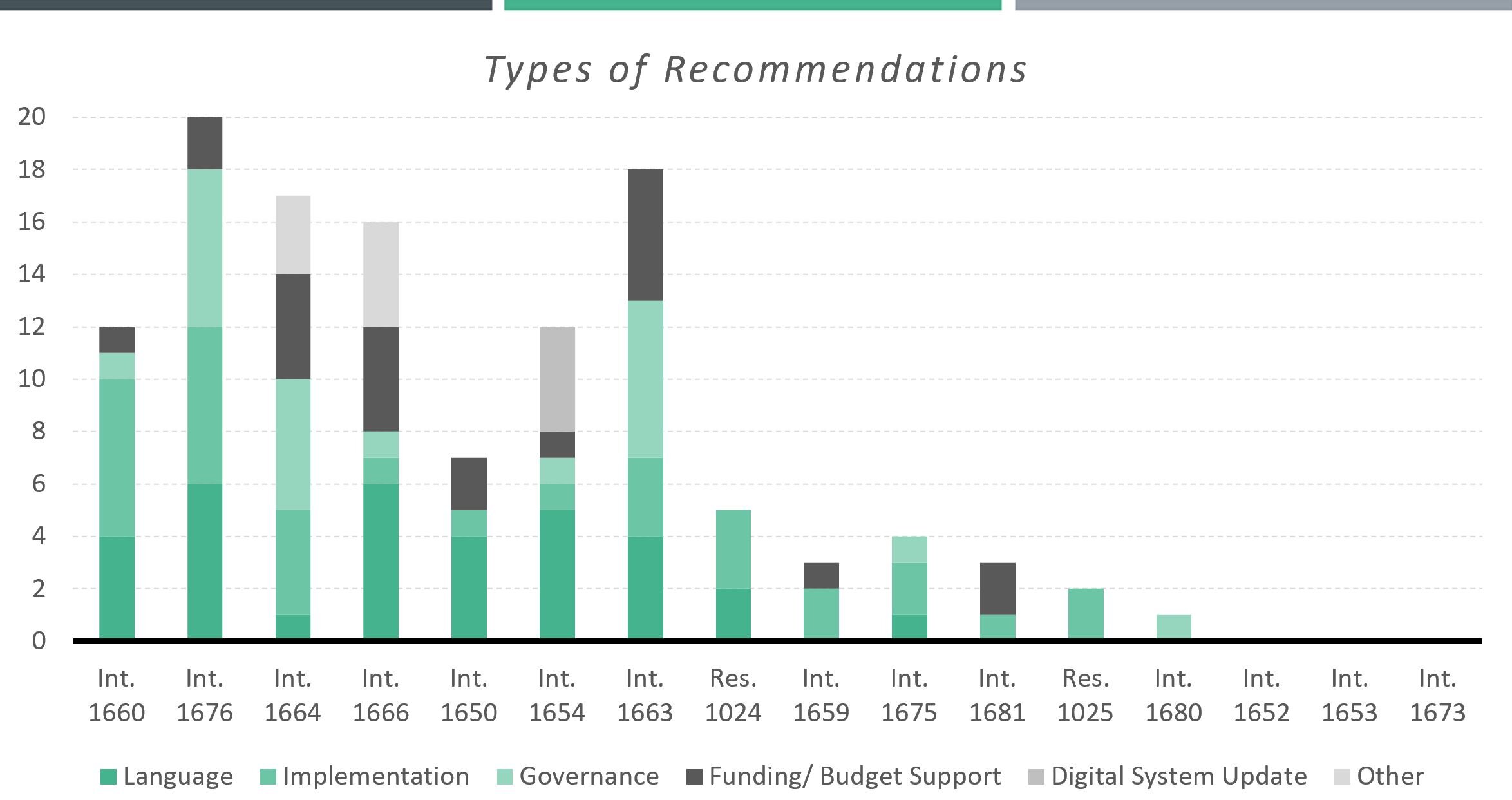 Overview of the proposed measures 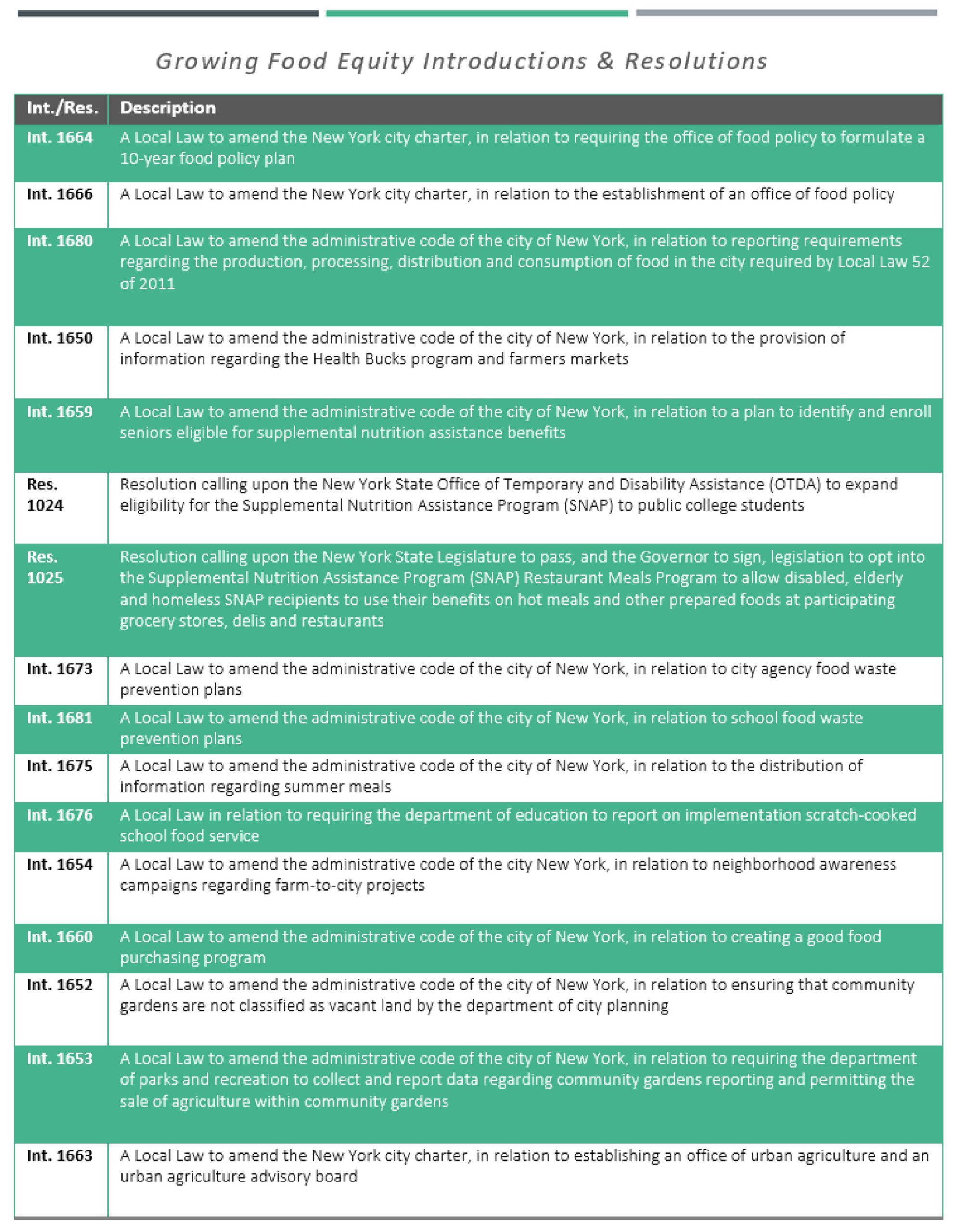