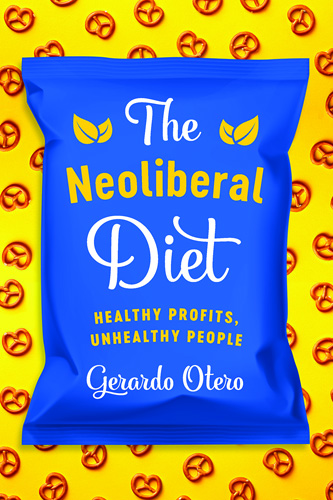 A recent book by Gerald Otero, The Neoliberal Diet: Unhealthy Profits, Unhealthy People, analyzes how global diets have changed in recent decades, what caused these changes, and who loses and gains by the transformation. In the book, Otero describes how the global diet that emerged at the turn of the 21st century has contributed to world-wide increases in overweight and obesity and how neoliberalism, the variant of capitalism that evolved in this period, promotes obesogenic diets. Neoliberalism posits that markets are best equipped to solve all problems and that by deregulating, privatizing, and emphasizing individual responsibility, governments can unleash capitalist economies for growth. Otero makes several points that warrant the attention of food policy analysts and advocates. Read the review by CUNY Urban Food Policy Director Nicholas Freudenberg in the latest issue of Journal of Agriculture, Food Systems, and Community Development.