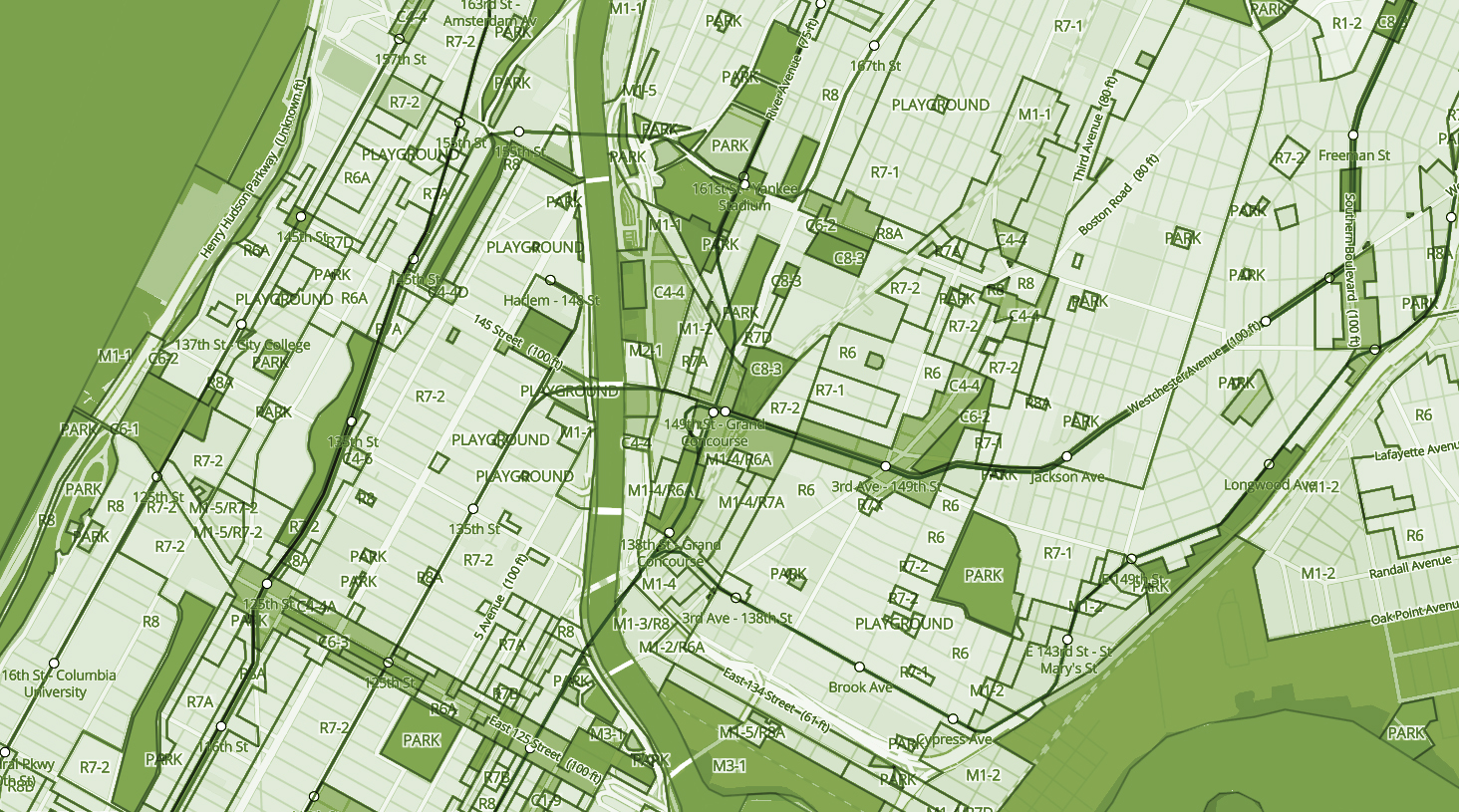 Perspectives on Int. No. 1058-2018: A Local Law in Relation to Developing a Comprehensive Urban Agriculture Plan

Urban agriculture has long held a tentative position in cities throughout the world, owing in part to the economic value of land: for some, gardens may not seem the ‘highest and best’ use for valuable city real estate. Though now recognized by many researchers and policy makers (in addition to practitioners themselves) as an activity with multiple functions that include, but extend beyond the economic – such as provision of food, community gathering space, or environmental benefits—the value of farming or gardening as a permanent use of urban space often remains contested.

In the United States, policy makers and government agencies at state and federal levels have recently begun to take urban food production more seriously, particularly as commercial urban agriculture is taking off, as Ségolène Darly and I discussed in a recent edition of Food Policy Monitor (Reynolds and Darly 2018). States including California have led the way in developing legislation to support commercial urban production, and agencies including the United States Department of Agriculture’s National Agricultural Statistics Service (which conducted a pilot census of urban agriculture in 2015); Agricultural Marketing Service (which currently includes urban agriculture on its webpage about local and regional food); and Farm Service Agency (which in 2016 created a new urban agriculture outreach coordinator position, located in New York City) have respectively shown more interest in urban agriculture. The Agricultural Improvement Act of 2018 (aka the Farm Bill) established the creation of an Office of Urban Agriculture and Innovative Production “to encourage and promote urban, indoor, and other emerging agricultural practices” including community-based and commercial activities (H.R.2 115th Congress 2018).

These developments have been welcomed by many urban agriculture practitioners and advocates who have for years sought recognition and support from policies and governmental agencies. However, operating at the level of state or federal government, these initiatives do not make requirements about the use of city land, which would be addressed in a municipal-level comprehensive plan.1 At the same time, several North American cities including Toronto, Detroit, Boston, and San Francisco, have integrated urban agriculture into municipal policy; and the City of Philadelphia is currently undergoing a process to develop a comprehensive urban agriculture plan.

In New York, many gardeners, farmers, advocates, and, more recently, entrepreneurs argue that policies should facilitate long-term use of city land for urban agriculture, or remove barriers to entry for new businesses hoping to start-up in the Big Apple. And, as new forms of food production such as indoor hydroponics and remotely-controlled systems have joined longer standing community-run farms and gardens, an increasing number of New York City policy makers are joining in their support for such ideas. Nonetheless, to date, there is no comprehensive policy plan systematically guiding the existence of urban agriculture in the city, including its 1,200 community gardens; 490 school gardens; and 20 community farms and its growing commercial sector (cf. Reynolds and Darly 2018; Reynolds and Cohen 2016; Altman et al. 2014; Cohen et al. 2012). A recent series of bills introduced in New York City Council has sought to change this, as discussed below.

Two major justifications for these recommendations were the need to strengthen urban agriculture’s contribution to environmentally sustainable cities, and to address social equity. A comprehensive plan could make urban agriculture policymaking more equitable by ensuring participation of diverse constituencies, including frequently underrepresented groups (Cohen and Reynolds 2014).

In the past two years, two bills proposing to create a comprehensive urban agriculture plan have been introduced in New York City Council. In 2017, Int. No. 1661-2017 called for requiring DCP and other relevant agencies and stakeholders to create such a plan. The Council failed to pass the bill as introduced, but voted-in an amended version, which required DCP, the New York City Department of Small Business Services, and Department of Parks and Recreation to create urban agriculture website (Committee Report of the Land Use Division 2019).

In August 2018, Council Member Rafael Espinal introduced a second bill (following that of 2017), Int. No. 1058-2018: A Local Law in Relation to Developing a Comprehensive Urban Agriculture Plan. If approved, this would require the city to create a comprehensive urban agriculture plan. The sole difference between the 2017 and 2018 introductions, according to record, is a change in the deadline for creation of a plan – from July 1, 2018 to July 1, 2019 (Committee Report of the Land Use Division 2019).

On June 11, 2019, the City’s Land Use Planning committee held a public hearing on the 2018 bill. Roughly two-dozen urban agriculture advocates, practitioners, and researchers submitted in-person and/or written testimony. Much of the testimony expressed support for the bill, with diverse perspectives—from community gardens to commercial urban agriculture groups—on what it should entail, and how it should be created. In public testimony, representatives of DCP underscored the department’s past and present support for urban agriculture in the City, including DCP’s co-creation of the urban agriculture website mentioned above, but cited a need for more information before supporting a bill. As of this writing, no decision on the bill has been announced publicly.

Planning for the future by learning from the past

As I argued in my own testimony at the June 2019 hearing, in planning for the future of the City, New York needs a resilient urban agriculture system—one that is resilient not only in terms of producing food, stewarding green spaces, and serving as green infrastructure, but also in terms of supporting the strength of all city residents and communities. In our 2016 book, Beyond the Kale, Nevin Cohen, Research Director at the CUNY Urban Food Policy Institute, and I observed that people of color and working class people in New York City had been excluded from policy- and decision making about urban agriculture, at times seeing the visibility of their long-term gardening programs usurped by more economically- and socially privileged groups. This was not surprising given racial and class-based inequities in the United States, but it is significant. We recommended that:

“[a]s urban agriculture policy continues to evolve in the city, alongside a renewed interest in economic equity and racial justice, urban agriculture activists, working in networks of like-minded groups, will increasingly help create policies that simultaneously advance farming, gardening, and a city that is more socially just at its core. However, such efforts also need to address uneven power dynamics that disadvantage urban agriculture programs situated in low-income communities, and particularly those led by people of color” (Reynolds and Cohen 2016, p 93).

Returning to the question about the value of farming and gardening as a use of urban space, a comprehensive urban agriculture plan could clarify New York’s position about the growing food and non-food products, as an amenity, an industry, or as a subsistence strategy in the City for those who have been marginalized from mainstream economies. Additionally, as New York is a global city, and will invariably continue to embrace the technology sector—including as it pertains to urban agriculture—a well-designed comprehensive urban agriculture plan would take seriously the concerns of those in high-tech commercial urban agriculture, while simultaneously strengthening public health, environmental justice, and community self-determination by taking equally seriously the concerns of traditional urban gardening and farming groups. In order to do this, the process for creating a plan will need to include legitimate representation from all members of New York City’s urban agriculture system, from community gardeners to not-for-profit youth farms to the growing commercial sector. But, the first step to realizing this vision is a commitment from the City for a comprehensive urban agriculture plan to be created. Arguments in favor of such a step are not new, but they are ever-relevant as New York considers how to be an innovator in just and equitable urban agriculture policymaking in the mid-21st Century and beyond.

1 Though the State of California in 2013 passed legislation allowing California cities to create agricultural incentive zones in which private landowners can benefit from tax incentives to allow their land to be used for urban farm enterprises.