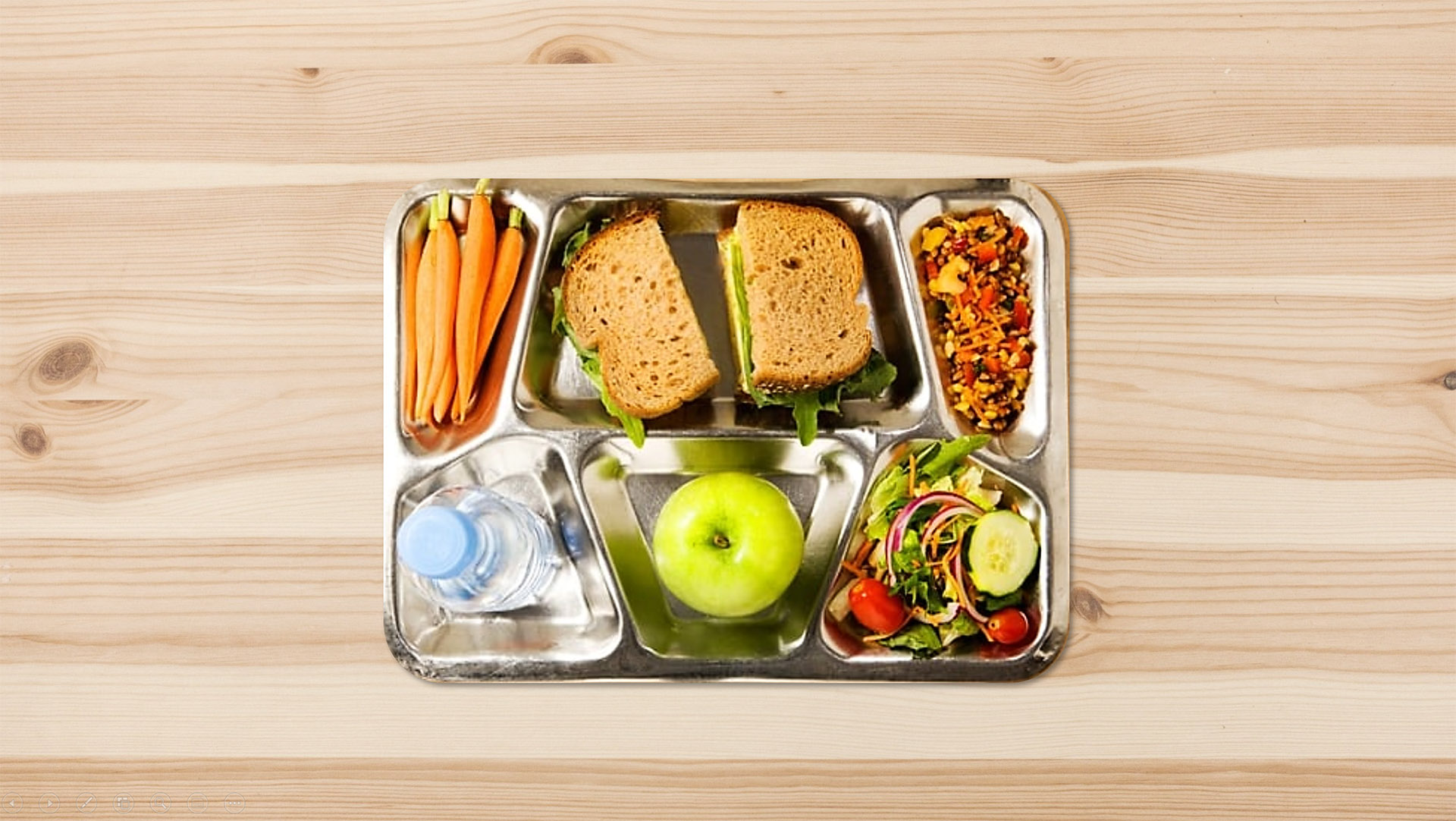 New York City advocates for the health and well-being of children, like their colleagues around the nation, have an opportunity to take action, NOW. Congress has at last taken up the process of Child Nutrition Reauthorization, routinely referred to as “CNR” by those who gear up, approximately every five years, to work for improvements in the legislation governing the nation’s child nutrition programs. In addition to School Lunch and Breakfast and the Special Supplemental Food Program for Women, Infants and Children (WIC), the CNR process includes out of school time meals such as summer and after-school meal programs, and meals provided to pre-school children in childcare settings as well as several smaller programs. For a complete list see a primer prepared by the Food Research and Action Center (FRAC).

If you have ideas for improving these programs, now is the time to get involved. Here in New York City, the NYC Alliance for CNR has emerged to convene and coordinate efforts to protect and expand these vital programs. Equity Advocates, a relatively new non-profit that works to improve access to healthy, affordable food, and the Food Bank for New York City will co-lead this effort. To get involved in the Alliance, contact Leah Eden at Equity Advocates, or Nicholas Buess at the Food Bank. Alternatively, send your ideas directly to members of the Senate Committee on Agriculture or the House Committee on Education and Labor, the two Congressional Committees with jurisdiction over the bill.

Congress is supposed to review and reconsider child nutrition programs every five years. Technically, the last CNR, the Healthy, Hunger-Free Kids Act (HHFK), of 2010, expired in September 2015. Because these programs are “permanently authorized,” however, they have continued to operate, relying on year-to-year funding. Both houses of Congress considered and passed Child Nutrition Reauthorization Bills in 2016, but the bills were very different, and the two houses were unable to reconcile their differences, much to the relief of child nutrition and anti-hunger advocates. The House Bill, considered and passed by a chamber dominated by conservatives, fundamentally hostile to federal social welfare spending and primarily concerned about limiting “fraud,” contained provisions undermining the Community Eligibility Provisions of the HHFK, and weakening the nutrition standards that the 2010 legislation had introduced. The Senate’s more bipartisan bill contained many wins for the nation’s children, but included verification requirements in school meals that would have been very difficult to administer and would undoubtedly have resulted in the denial of free meals to some eligible children. Most child nutrition advocates viewed the failure to reach agreement in the House/Senate Conference Committee as a victory.

Here in New York, a broad coalition, NYC4CNR, was organized in 2009 to help shape the 2010 legislation. This group resurfaced in 2015 under the leadership of the Tisch Center for Food, Education and Policy at Columbia University and City Harvest. These groups have now passed the torch to the Food Bank for New York City and to Equity Advocates, and the Alliance will begin its work with the policy platform developed under their leadership in 2016. You can read a single page summary here or read the full policy platform here.

These documents, however, were created in a context very different from the current atmosphere. As noted above, the House of Representatives in the 115th Congress was dominated by members actively hostile to public social investment in general, and the Obama legacy in particular. Advocacy focused on protecting the Community Eligibility Program and resisting increased verification requirements for school meals, on sustaining the nutrition standards promulgated in the HHFK Act, and on preventing raids on SNAP or other food assistance programs to pay for improvements. While the fundamental principles of the platform remain valid, the 116th Congress offers an opportunity for a more aspirational approach to CNR.

See the box below for my own aspirations for CNR 2019. I have focused on school meals because I know something about them, [See Free for All: Fixing School Food In America] but ideas for summer meals, after school programs CACFP and WIC are also welcome. Washington based advocates report that Summer Meals and other out-of-school time programs will almost certainly be central to this year’s CNR. Consider this an invitation to contribute. 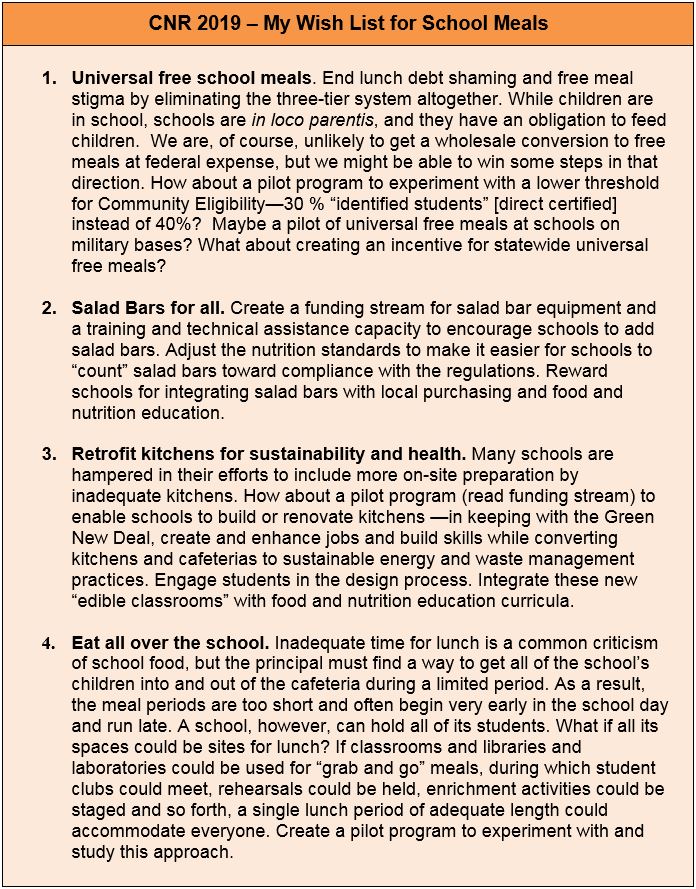