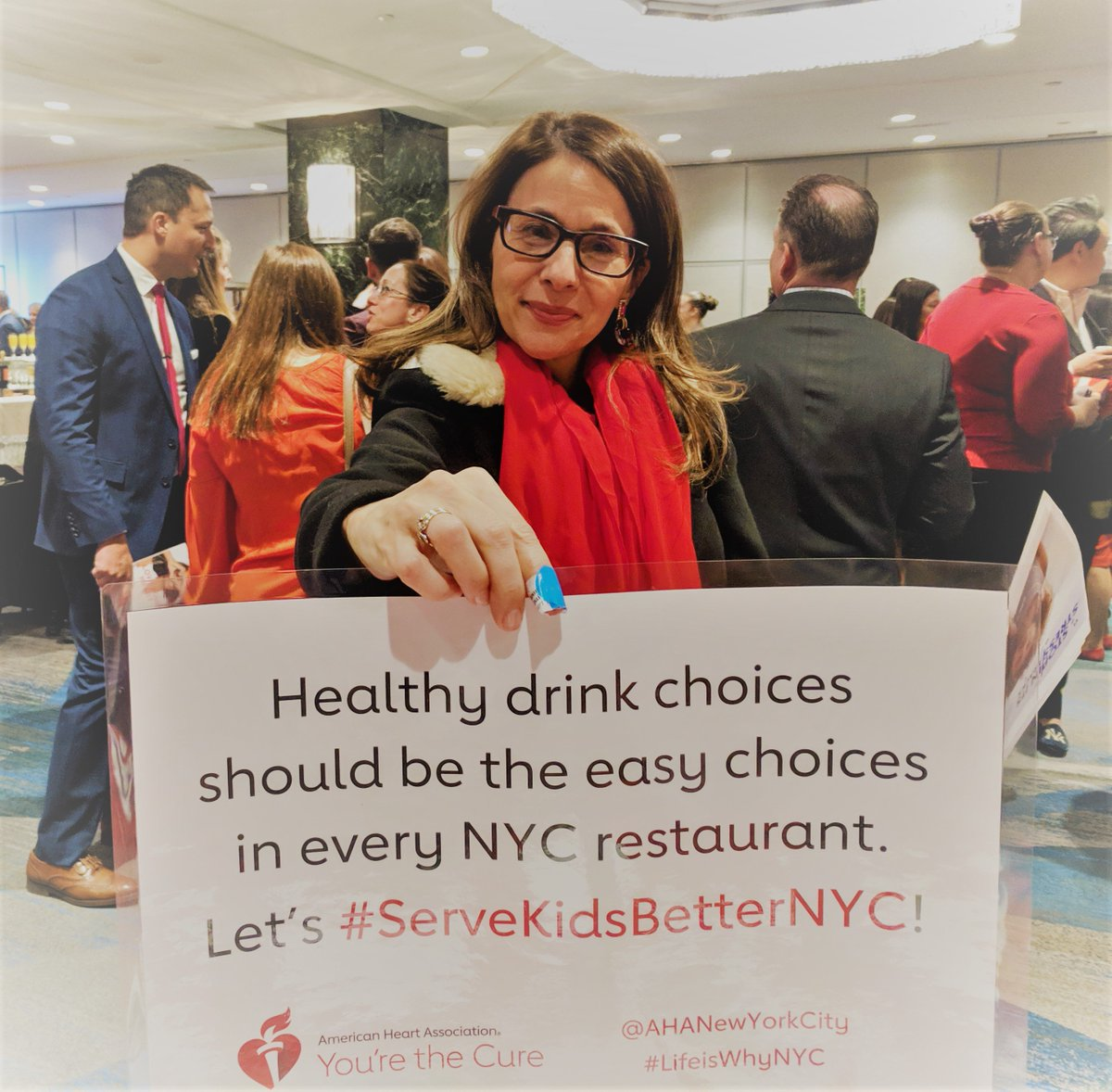 At the end of March, the New York City Council passed and sent to the Mayor legislation that requires restaurants and other food service establishments to serve water, low-fat milk or 100% juice as the default drinks with children’s meals, rather than soda or other sugary drinks. Parents can still request these less healthy options but healthier choices will become the default option. The law will go into effect on May 1, 2020 and will impose monetary penalties on restaurants that violate it. This new law, know as Local Law 75 of 2019, adds a new tool to the public health goal of reducing sugar consumption but also sets the stage for additional reforms.

The bill was introduced by City Councilmember Ben Kallos and 15 other members. It was endorsed by a wide cross section of organizations including the American Heart Association, the New York Academy of Medicine, American Cancer Society’s Cancer Action Network and the New York State American Academy of Pediatrics as well as by the America Beverage Association (the trade association of soda corporations), the Coca Cola Company, Dr Pepper and PepsiCo.

As Margo Wootan, Vice-President for Nutrition for the Center for Science in the Public Interest, observed after the bill was passed, this law will “support the health of children who live in or visit New York, is a model for other cities and states, and is a signal to the restaurant industry that it’s time to stop pushing soda on little kids.”

So let’s celebrate the addition of another strategy to New York City’s toolkit to reduce diet-related premature deaths, preventable illnesses and the stark inequalities in health between low income and better off New Yorkers and Black, Latino and other people of color and whites. But it is also worth asking what New York City can do next to reduce the large and growing burden that high sugar, high fat and high salt foods impose on the people of New York City, New York State, the nation and the world. A recent report in the medical journal Lancet found that globally, unhealthy foods now account for 11 million deaths a year, 22% of all deaths in adults aged 25 years or older, surpassing tobacco as the world’s leading cause of preventable deaths. What are some relevant lessons from previous public health successes for how best to tackle complex health problems like reducing sugar consumption?

From New York City’s relatively successful public health campaigns to reduce the toll of tobacco related disease, we learned that multiple policy initiatives rather than any single approach contributed to the decline in smoking, and then smoking related deaths in New York City. As shown in the figure, it was the combination of tax increases and smoke free workplaces that contributed to sharp declines in youth and adult smoking. So healthier beverage choices in restaurants and fast food outlets are a step in the right direction but are unlikely by themselves to lead to reductions in the high levels of obesity and diabetes in New Yorkers associated with unhealthy food consumption, marketing and promotion. We need to ask what else needs to be done. 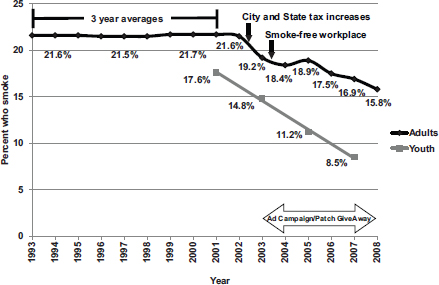 Impact of tobacco taxes and smoke-free laws on adult and youth smoking prevalence in New York City, 1993 to 2007. Source: The National Academy of Medicine

Second, any legislation that gets passed requires compromises—that’s the process. What are some of the compromises that led to passage of the Healthy Meals bill? How can public health advocates overcome weaknesses in future policy initiatives?

In her testimony on the proposed legislation before the City Council’s Health Committee, Jennifer Pomeranz, a public health lawyer at New York University’s College of Global Public Health, noted that “the evidence does not support the definition of healthy beverages of healthy beverages in the proposed legislation.” Specifically, she urged the Council to exclude flavored milk in the bill. She observed that flavored milk is more like a sugary beverage than a healthy alternative and that whole, plain and 2% unflavored milks are also healthy options.

In the future, city policy makers should include flavored milk in the list of unhealthy options. The issue is important because late last year USDA proposed to allow school districts the option to offer flavored, low-fat milk to children participating in school meal programs, a reversal of guidelines approved during the Obama presidency. USDA said this change was a response to President’s Trump’s mandate to remove “unnecessary regulatory burdens.” By proposing that the burden on the dairy industry and school meal providers outweighed the health burden on school children, USDA undermined existing public health protections. By taking a stand on this issue, city policy makers can help educate national policy makers about the emerging evidence that flavored milk contributes to child obesity and other adverse health outcomes and to encourage New Yorkers to follow the New York City Department of Health’s recommendation to “Choose Plain Milk.”

Another question about the recent bill is why beverage makers supported this legislation. In the past, the giant corporations marketing unhealthy products have often endorsed legislative initiatives for a variety of motives. These include:

Legislators sometimes find it easiest to support legislation that has no opponents or to craft their proposals so as to enable corporate support. The risk is that choosing such options can then consciously or unconsciously justify not endorsing stronger more effective policy remedies that powerful industries oppose. By presenting the strengths and limitations of a range of options that require varying degrees of political courage, health and nutrition advocates can help move the needle on policy maker support for effective and comprehensive strategies to improve nutritional health.

What are some examples of more forceful approaches to reducing the health burdens of unhealthy diets? Studies from Berkeley, California, Philadelphia, Mexico and elsewhere show that taxes on sugar-sweetened beverages contribute to reduced sales of sugary beverages and new revenue streams for promoting healthier food choices such as drinking water fountains and other child health and social programs. A study published this week in the Journal of the American Medical Association (JAMA) about Philadelphia’s recently enacted tax on sugary beverages found that sugary beverage consumption decreased by 51% after tax implementation. Increases in sales in bordering zip codes increased somewhat, offsetting the decrease in sales by 24%–about half the decrease. For New York City, this might suggest the value of a state tax on sugary beverages, which would apply to the state regions surrounding the city, a goal that has in the past eluded public health advocates, in part because of substantial spending by the beverage industry to defeat these measures.

A recent editorial in JAMA concluded that although more research is needed on the health consequences of sugary beverage taxes, “current evidence is already to sufficient to move forward with adoption of taxes while continuing to monitor outcomes.” By developing long range plans for a coordinated series of policy changes, public health and nutrition advocates can build on the achievement of passing the healthy meals law and nurture support for more transformative changes in food policy in the years to come.