Don’t Give Me Your Tired and Your Poor 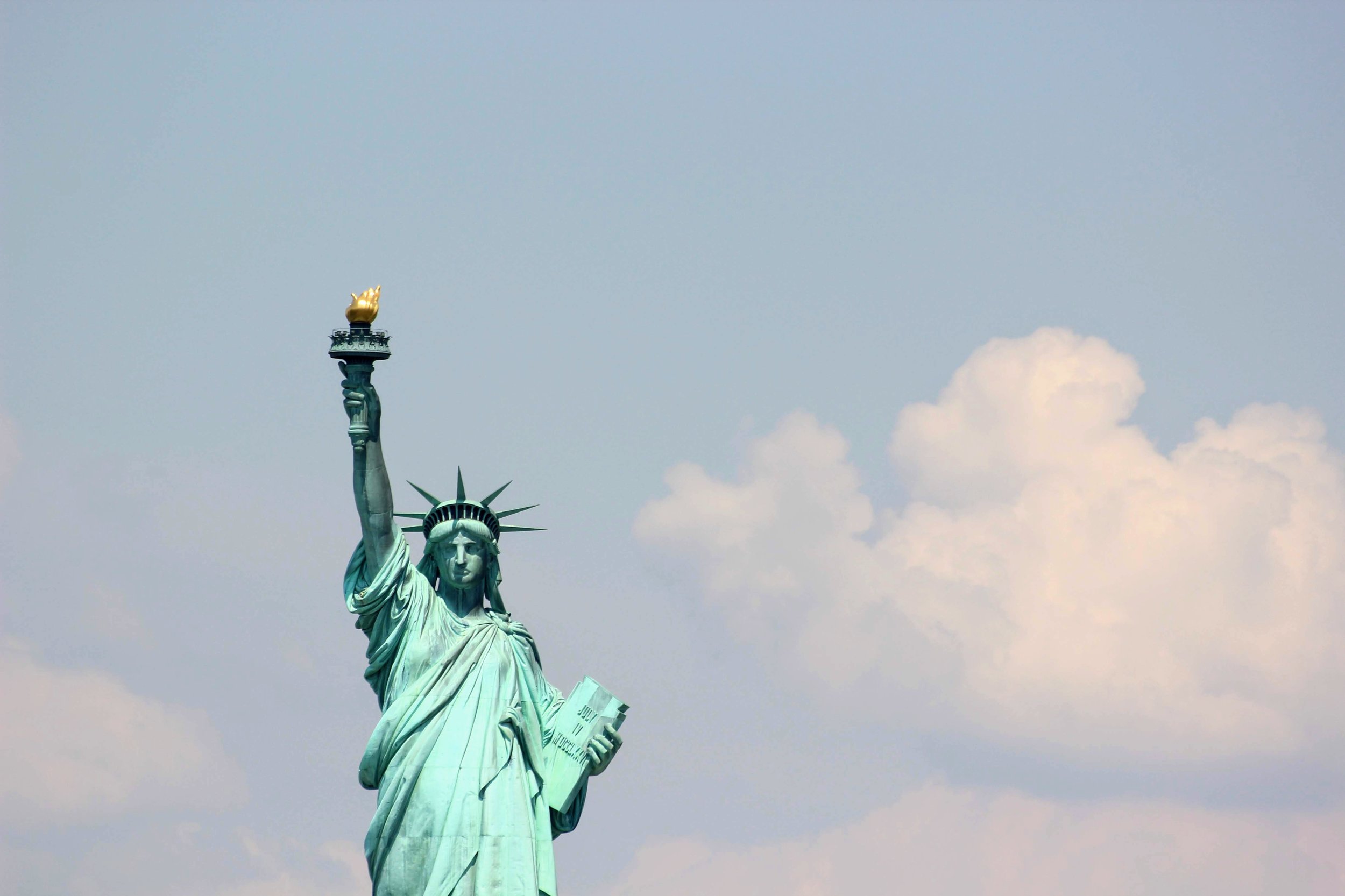 Don’t Give Me Your Tired and Your Poor

Imagine being asked to choose between feeding your family now or obtaining a green card later!

A new “public charge” rule proposed by the Trump administration has the potential to induce legal immigrants to forgo public benefits that they need to feed their families, secure housing and maintain their health. The result would be a rise in hunger and malnutrition, an increase in homelessness, and a decline in health, as well as a reduction in federal funds injected into the economies of New York City and jurisdictions throughout the nation. As a recent report by the CUNY Urban Food Policy Institute shows, participation in food benefits to which immigrants are entitled has already been reduced in some immigrant communities due to fears of deportation that have been heightened by the Trump Administration’s policies.

WHAT IS THE PUBLIC CHARGE RULE?

On October 10th, 2018 the Department of Homeland Security posted a proposed revision of the public charge rule in the Federal Register. This new version of the rule would make it much harder for immigrants to obtain or extend visas or to become lawful permanent residents (commonly known as obtaining a green card). The proposed rule expands the list of programs considered by immigration officials when they determine whether an applicant is likely to become a “public charge.” Such a determination can result in denial of applications to change visa or residency status.

Under the current version, which would be replaced by the proposed rule, applicants can be deemed likely to become a public charge if they are primarily dependent upon public assistance. That is, if more than half of their income comes from cash assistance such as the TANF Program (Temporary Assistance for Needy Families), state or local General Assistance programs, or SSI (the Supplemental Security Income program for aged and disabled persons), or if their basic living expenses are covered by Medicaid long-term care benefits such as nursing home care. Under the proposed revision, the list of programs that can be counted against an applicant would now include health, food and housing assistance, and the standard of primary dependence is replaced by any use of such programs, or even the expectation that the applicant is likely to use them. Applicants with incomes below 125 percent of the federal poverty line (currently $31,375 for a family of four1) could be denied entry or lawful permanent resident status, even if they have used none of the specified benefits. On the other hand, having an income at or above 250 percent of the poverty level—$62,750 for a family of four—is to be weighted as “heavily positive.” Such a policy would push us further from the historic open door that contributed so much to the building of our nation. We are moving farther and farther away from “give me your tired and your poor…”

The programs specified in the proposed rule include SNAP (the Supplemental Nutrition Assistance Program, formerly known as Food Stamps), Medicare Part D Low-Income Subsidy, housing assistance such as public housing, Section 8 vouchers or other rental assistance, and Medicaid).2
Further, the Department of Homeland Security has asked for input on the possibility of including participation in CHIP (the Children’s Health Insurance Program) on this list.3

IMPACT ON HUNGER AND FOOD INSECURITY

Advocates for food security fear that the proposed rule will induce immigrants who are legally eligible for SNAP and other public programs to forego assistance or disenroll. This potential impact is not an unexpected byproduct. The Department of Homeland Security is well aware of this probable consequence. On page 370 of the proposed rule, it states that “Disenrollment or forgoing enrollment in a public benefits program by aliens otherwise eligible for these programs could lead to:

The Department of Homeland Security estimates the number of people who are likely to disenroll or forego benefits at 2.5% of the total number of foreign-born non-citizens in the US. Thus, since there are 5,182,508 SNAP recipients who are members of households that include foreign-born non-citizens, DHS predicts that 129,563 people are likely to disenroll or forgo enrollment, resulting in a reduction of SNAP payments of $197,919,143.

Many observers feel that this estimate is far too low. The Fiscal Policy Institute (FPI), for example, developed models of impact using a range of estimates of disenrollment, from 15% as the low estimate to 35% as the high.5
FPI reports that in New York State, 2.1 million people live in households that have used benefits that would be included under the new rule and have at least one non-citizen immigrant member.6
In New York City, HRA Commissioner Stephen Banks estimated that 20% of the population of 220,000 non-citizens here legally and receiving SNAP, cash assistance or both, would withdraw from benefits if the rule goes into effect.7

Of course, the food security consequences of the proposed rule are not limited to the impact on those who choose to disenroll from or forgo SNAP. Households that forego housing assistance will have less money for food, as will households that try to get along without Medicaid. And because the new rule is complex and communication is inadequate, it is likely that some immigrant households will disenroll from benefits that are not covered in the new law, such as the WIC program, and that some immigrants who are not subject to the new rule, for example refugees, those granted asylum, or those who already have green cards, will also refrain from using available benefits.

The negative consequences of the proposed rule will not be limited to households with immigrant members. Economists have long reported a “ripple effect” from SNAP. Every $5 of SNAP benefits creates $9 of economic activity. Again, this is not news to the Department of Homeland Security. The rule itself notes that the measure could have negative impacts for “retailers participating in SNAP [and] agricultural producers who grow foods that are eligible for purchase using SNAP benefits.”8

AN ASSAULT ON OUR VALUES

Finally, the proposed rule constitutes a threat to the wider community and to our values as a city and as a society. Americans across the political spectrum have worked for years, in soup kitchens and food pantries and food drives, and in legislative committees and the halls of Congress, to try to make sure that no one goes hungry in our “land of plenty.” As Mayor de Blasio put it, “This proposal is another perversion of our most basic values. It is un-American to punish families for seeking help, plain and simple….On behalf of the ultimate city of immigrants, we will fight this tooth and nail.”9

HOW YOU CAN HELP

There are two major ways that readers can help resist this destructive rule.

First, stay informed so that you can help to combat misinformation and dispel confusion and uncertainty in your community. The rule is not in effect, and it is not retroactive. It cannot go into effect until sixty days after the DHS responds to public comments. And even if it becomes federal law in its current form, immigration officials can only count use of the newly targeted benefits after the rule goes into effect.

Second, comment on the proposed rule. Federal law requires a comment period of sixty days in which anyone may comment on a proposed federal rule. Further, it requires federal agencies to take these comments into account in revising a proposed rule and to prepare and publish a report showing how they have done so. There have been public comment responses in the past that succeeded in substantially altering the content of proposed rules, as when the USDA proposed standards for certifying farming as “organic” in in 1997. More recently, the Environmental Protection Administration announced that it is putting off for at least a year any final announcement on its proposed rule on Scientific Transparency, after having received more than 600,000 comments, primarily negative.10

The public comment period will be open until December 10, 2018. You can submit a comment directly through the federal register, but you may find it easier to submit through NYC.gov/PublicCharge or through the website of Protecting Immigrant Families (PIF), a collaboration of the National Immigration Law Center and the Center for Law and Social Policy. The website, https://protectingimmigrantfamilies.org/#take-action, will guide you through the public comment process. Federal agencies are required to “count” only each unique comment, so resist the temptation to cut and paste a template comment. As the PIF website suggests, “Your comments should explain how taking away the ability to use these public services would harm you, your family, or your community.”11
Submit a comment yourself, and encourage your friends, neighbors and colleagues to do the same.

Families USA (October 10, 2018) The Public Charge Rule: What it Means and What You Can Do to Stop It

The City of New York, Office of the Mayor (October 11, 2018) Mayor Announces Up To 475,000 Immigrant New Yorkers Could Be Harmed By Trump’s “Public Charge” Proposal

1 US Department of Health and Human Services. A chart with percentages (e.g., 125 percent) of the guidelines. https://aspe.hhs.gov/system/files/aspe-files/107166/2018-pctpovertytool.xlsx

2 With some exceptions for use of Medicaid for treating an emergency medical condition, for some education-related disability services, or for benefits received by children of US citizens who will be automatically eligible to become citizens.

4 This segment of the public rule is reprinted in ”The Hunger Impact of the Proposed Public Charge Rule,” a statement released by the Food Research and Action Center on the basis of a preliminary draft of the rule posted on the Department of Homeland Security website in September, 2018. See www.FRAC.org

5 Fiscal Policy Institute, “‘Only Wealthy Immigrants Need Apply’ How a Trump Rule’s Chilling Effect Will Harm the U.S.” October 10, 2018. Their low estimate simulation for two programs, SNAP and Medicaid, would yield a yearly reduction in benefits of $7.5 billion and a potential economic ripple effect totaling $14.5 billion and the loss of 99,000 jobs, while their high estimate predicts a reduction in SNAP and Medicaid benefits of $17.5 billion with a ripple effect of $33.8 billion and a loss of 230,000 jobs (page 5). http://fiscalpolicy.org/wp-content/uploads/2018/10/US-Impact-of-Public-Charge.pdf