On April 27, CUNY Urban Public Health Institute Director Nicholas Freudenberg gave the keynote talk at the 2017 Brooklyn Food, Fitness and Faith Summit. The event, which brought together more than 120 faith leaders from Brooklyn, Queens and Manhattan, was sponsored by the Borough of Brooklyn Interfaith Advisory Group and the Office of Faith Based Initiatives of the NYC Department of Health and Mental Hygiene’s Center for Health Equity.

In his talk, Freudenberg lauded the faith leaders for their important work in promoting food justice, reducing food insecurity and increasing access to healthy affordable food in all New York City neighborhoods. He called for a new alliance between public health professionals, community organizations, city government and faith leaders to make food a moral issue. “Together we can make the universal human right to the food needed to sustain health a reality here in New York City, the wealthiest but most unequal city in the wealthiest nation in the world.” said Freudenberg. 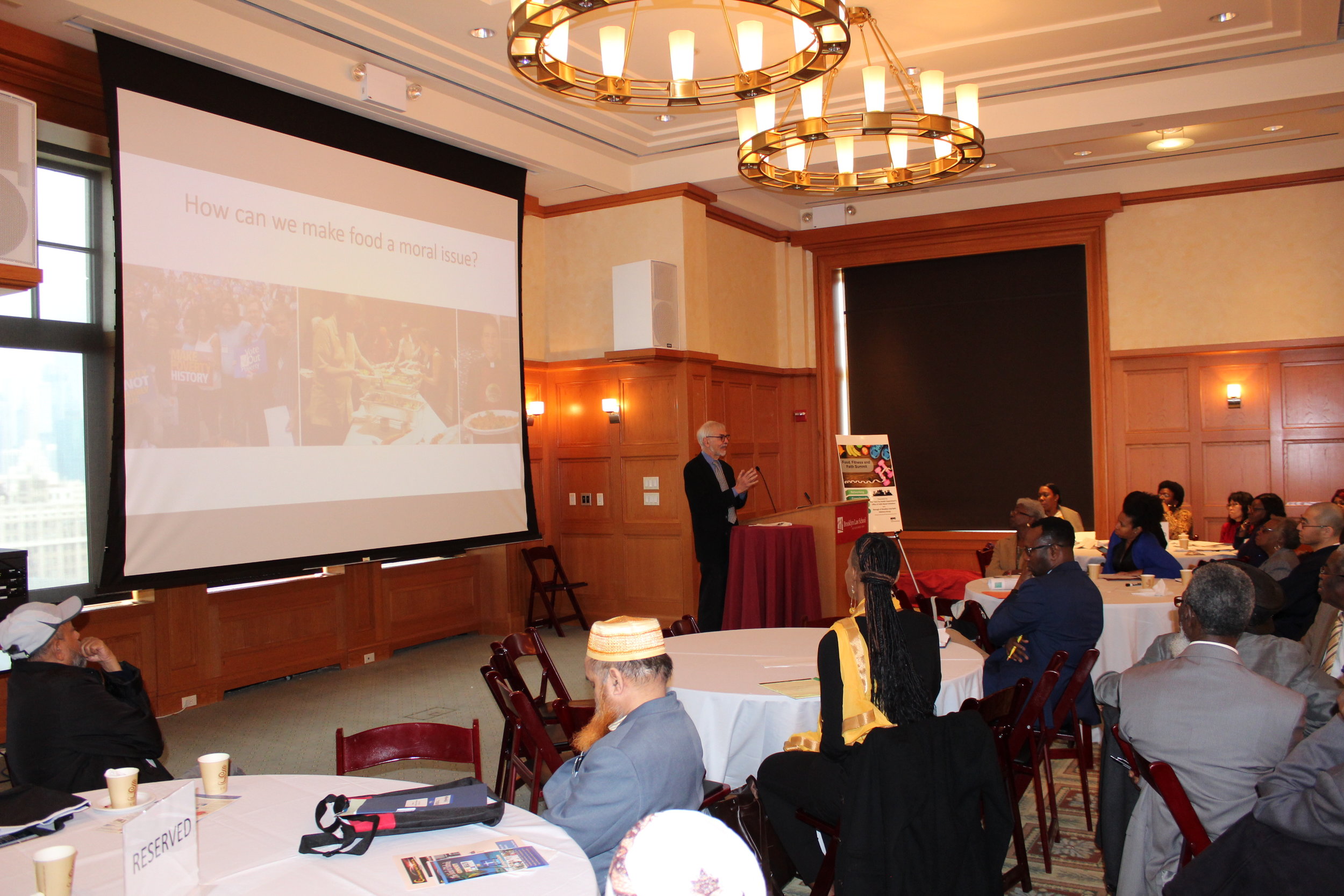 Freudenberg asks how public health professionals and faith leaders can together make food a moral issue.