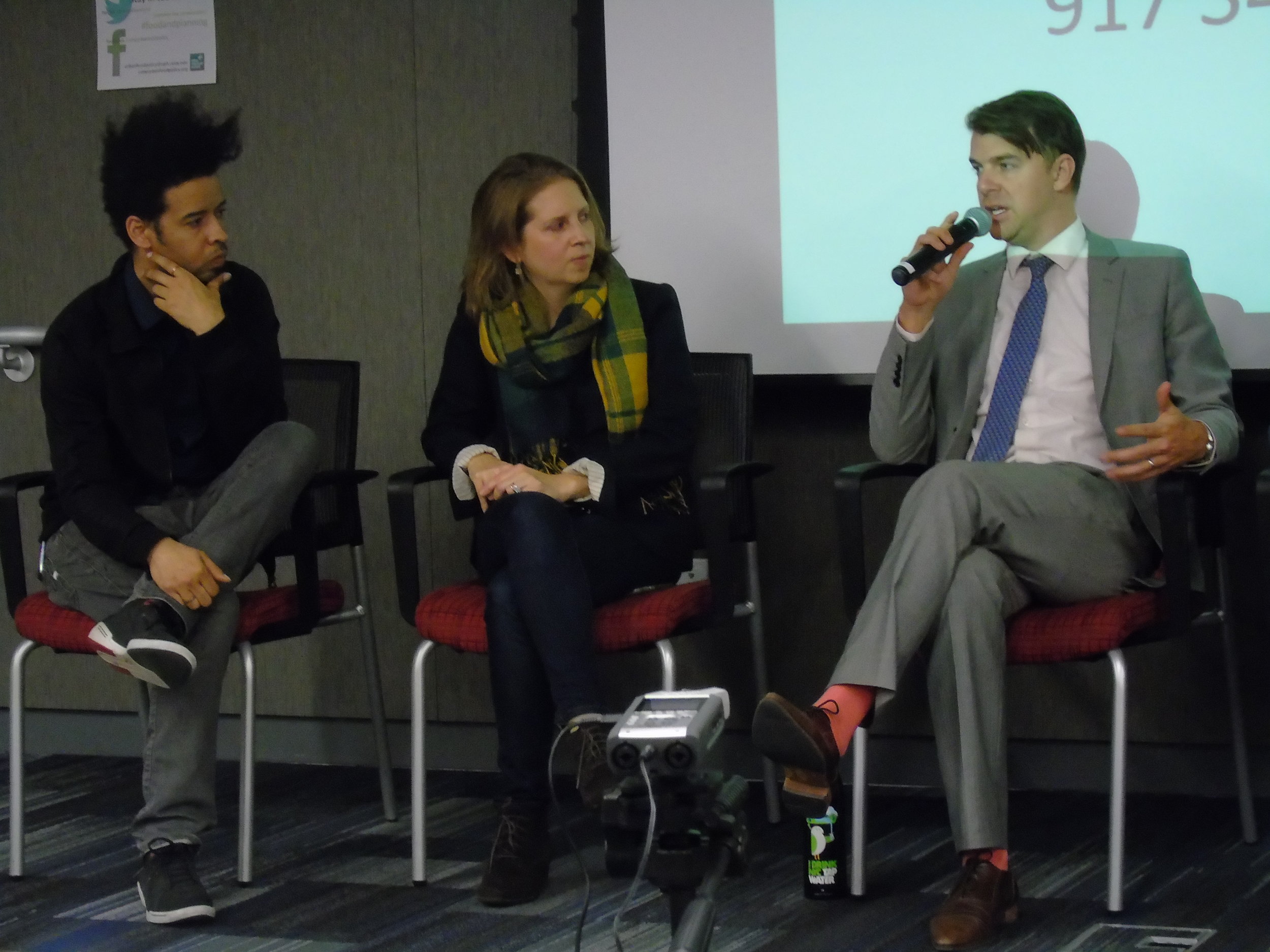 On January 24th, 2017, the CUNY Urban Food Policy Institute convened a panel on food systems and regional planning, bringing together representatives with a range of perspectives and a common vision for sustainable regional production which supports jobs and the local economy while bringing farm to table.

Mandu Sen, Program Manager for the Regional Plan Association, discussed her organization’s current efforts on the Fourth Regional Plan and her vision for 2020, which seeks to incorporate issues of equity, quality of life, and public health. Urban planners are indeed trying to rectify many of the issues of past planners, such as segregation, as well as addressing the disparate impact of diet-related disease on African-American and Latino populations; children of color are four times as likely to live in districts with low-performing schools. Sen also expressed great interest in reforming the process of planning in various ways, including by streamlining freight and industrial policy and through place-based planning by investing in markets as catalysts for transformation and to optimize the utilization of food sources.

Joe Musso of the Mayor’s Office of Recovery and Resiliency described the City’s interest in understanding the chain of custody from distributors to point-of-sale outlets. In NYC, there are approximately 42,000 point-of-sale outlets which hold four to five days of stock on average. Though the distribution landscape is highly fractured, with no geographic area having more than fifteen percent of the share of the market, distribution is indeed clustered. This helps to protect against the potential havoc climate change could pose to food distribution, precipitated, for example, by a localized disastrous weather event. Though New York City owns key food distribution points such as Hunt’s Point, Joe Musso discussed the ways that Gotham’s food distribution system is largely privately operated. To provide for the anticipated 1.2 million tourists visiting NYC each day (on top of a projected 9.2 million inhabitants) in 2025, he stressed the importance of ensuring the efficiency and security of the network of warehouses, food hubs, distribution facilities, transportation routes, and retailers. Both Sen and Musso discussed the critical role that a well-coordinated regional transportation system has in the distribution of food to restaurants, cafes, and retailers.

Urban Manufacturing Alliance, a grassroots collaborative that has grown into a network of over 500 members from 145 cities, seeks to promulgate best-practices exchanges for place-based production. Lee Wellington, UMA’s Executive Director, discussed the ways that food manufacturing is an economic stabilizer, with $5 billion in production output per year, and comprising twenty-percent of all manufacturing jobs in NYC. Steph Wiley, a member of Brooklyn Packers, a labor force that sources, packs, and delivers to 300- 400 people per week– and in doing so providing jobs and co-ownership to his colleagues and bringing in sustainable revenue by leveraging relationships with farms and other suppliers to achieve favorable prices.

Taken together these initiatives paint a picture of a sector ripe for innovation and an engine for economic opportunity in our region. Visit the event page to watch the full panel discussion, download presentations and find additional resources.