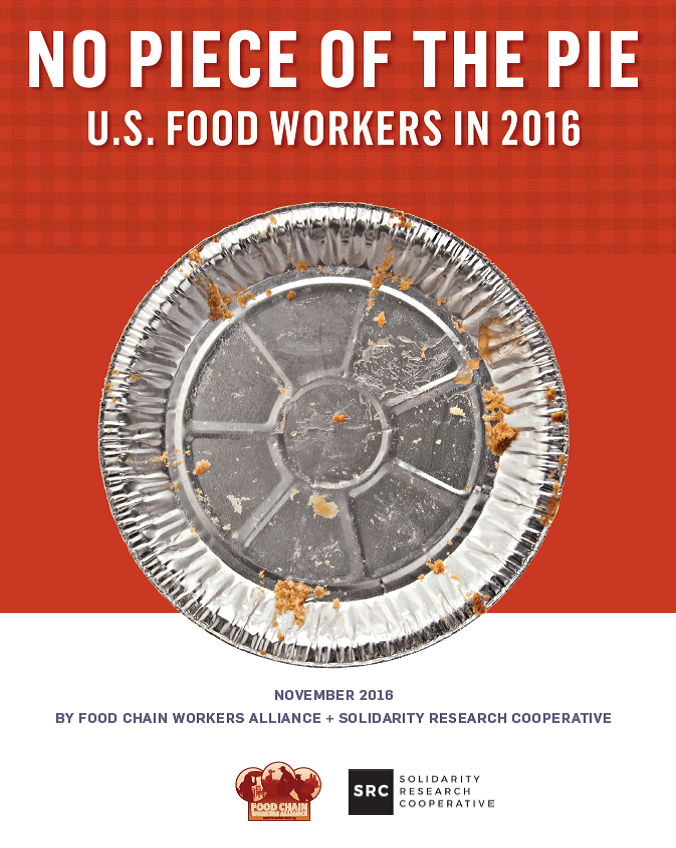 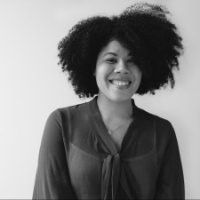 This past week has been very challenging for me as a daughter of Afro-Caribbean immigrants and as an organizer for social, economic, and racial justice. The policies that Donald Trump has said he will enact would devastate so many communities – immigrant, Muslim, black, LQBTQ, and many more. And for food workers, who are already paid the lowest hourly median wage in the U.S. at $10 per hour, their poverty wages and poor working conditions will likely get worse. But I have hope that we can fight back.

On Monday November 14, 2016, as part of our International Food Workers Week, the Food Chain Workers Alliance co-released our new report No Piece of the Pie: U.S. Food Workers in 2016 with our partner the Solidarity Research Cooperative. The findings in the report aren’t that promising. They include:

But we also interviewed 20 workers from 15 of the Alliance’s member organizations. Their stories of organizing and the victories they’ve won inspire me and give me hope that in the long run, workers, with the support of allies, will be able to improve their wages and working conditions.

And now, more than ever, we need to unite together. The Food Chain Workers Alliance is committed to joining with our brothers and sisters from all communities – immigrant, people of color, LQBTQ, Muslim and other faiths, women, and all who face oppression under Trump and his allies. During this International Food Workers Week, you can take action to support food workers, and sign up for our list to stay up to date on food workers and the broader social justice movement.