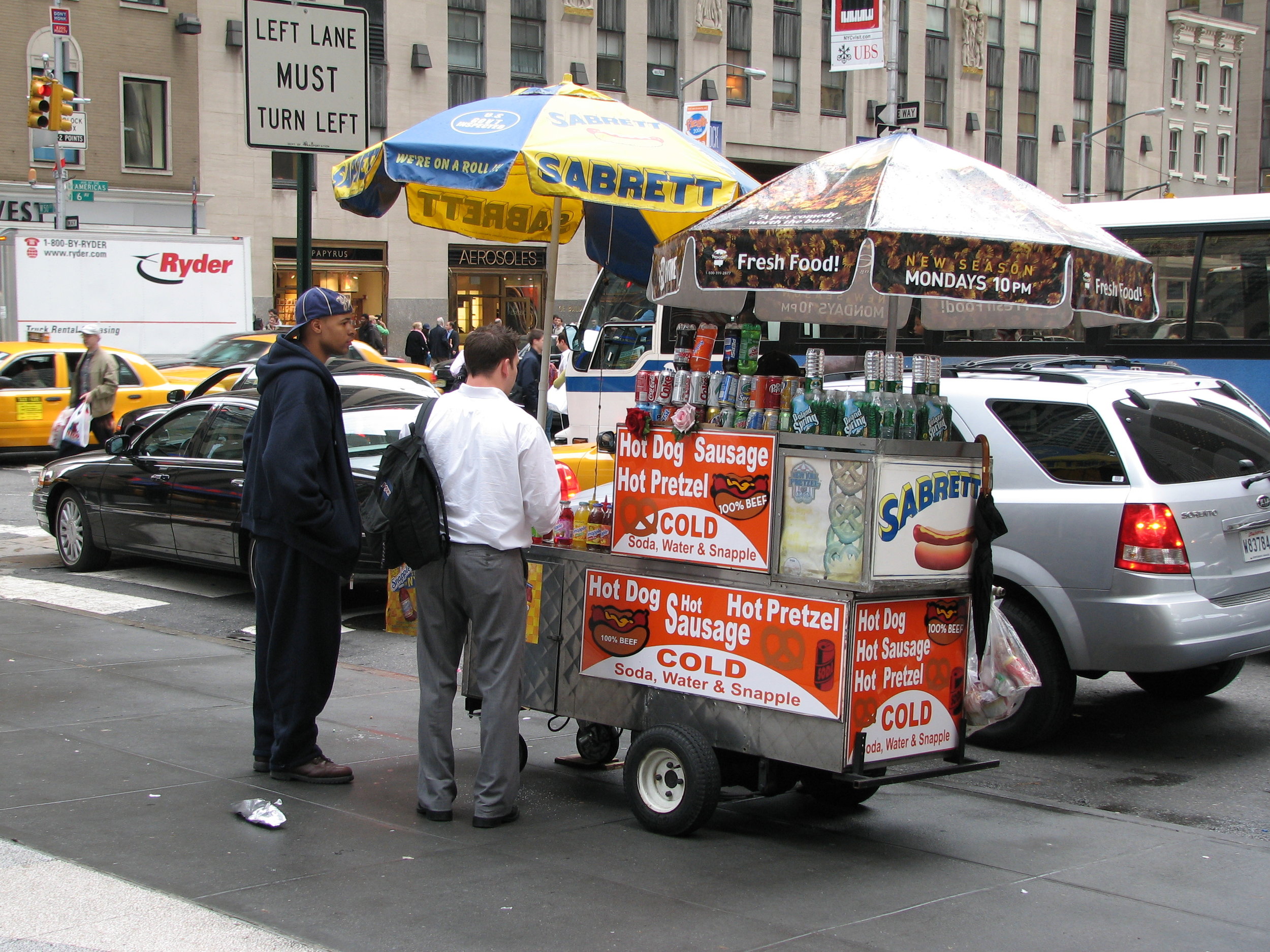 On October 26, 2016, the New York City Council Committee on Consumer Affairs held a hearing on the proposed Street Vending Modernization Act. The CUNY Urban Food Policy Institute submitted testimony, which you can read and download below. This legislation proposes to:

Supported by Speaker Melissa Mark-Viverito, the de Blasio administration has requested more time to evaluate the state of street vending and what is being proposed by the legislation.

On behalf of the City University of New York Urban Food Policy Institute, a research and action center based at the CUNY School of Public Health, we’re testifying on the Street Vending Modernization Act (SVMA) under consideration by the New York City Council. The CUNY Urban Food Policy Institute provides evidence to inform urban and municipal food policy and to make equitable access to healthy, affordable food a priority.

Our testimony focuses on the public health dimensions of the act. We believe the act, if fully implemented and enforced, can contribute to three important health goals:

2. Improving pay and working conditions for street vendors and opening new paths to employment for under- employed and unemployed populations

We briefly explain our rationale for each of these goals.

In our studies of food environments in more than a dozen New York City communities, residents regularly tell our researchers that they are dissatisfied with the food choices in their communities. The most prevalent food outlets — bodegas and fast food restaurants — sell mostly unhealthy food and price it lower than the healthier alternatives. Many New York City residents in both low- and middle-income neighborhoods say they want more food choices and more options to find healthy affordable food.

Increasing the number of licensed food vendors has the potential to meet this need. Now most food vendors sell mostly unhealthy food like hot dogs and soda. By increasing the number of venders by 600 a year for the next seven years, New York City can use market forces to encourage more vendors to meet the unmet demand for healthy affordable food. We encourage the city agencies that will implement this act, organizations like the Street Vendor Project, and nutrition and health experts to create new incentives, subsidies and training programs for street food vendors and food trucks that sell healthy affordable food. Imagine hundreds of new vendors in the streets of our low-income communities, outside employment zones where workers seek healthy affordable food, and in tourist areas. These vendors could sell healthy burgers and turkey dogs, vegetarian sandwiches, fruit drinks and healthy varieties of Mexican, Chinese, Dominican, Bangladeshi, and other ethnic street foods. The Green Carts initiative shows that street vendors can bring healthy food to poor communities—expanding this concept to healthy prepared food can significantly increase healthy affordable food choices in New York City. Thus, in implementing this new act, New York City should make retention of existing and recruitment of additional Green Cart vendors a priority goal.

Our Institute has promoted the concept of Good Food Jobs, jobs that pay a living wage, offer benefits, and contribute to making healthy food more available and affordable throughout New York City. Making the creation of more good food jobs a priority can offer thousands of under- employed and unemployed New Yorkers a path out of poverty. As a job sector with low barriers to entry, food jobs offer foreign-borne New Yorkers an opportunity to pursue entrepreneurial aspirations. Additional street vendor jobs have the potential to contribute to good food jobs if workers wage and safety rules are enforced, if city regulations don’t impose crippling fines on vendors, and if new training programs are created to help vendors expand their businesses and advance their careers in in the food sector. The new street vendor enforcement division the act establishes can accomplish the first two goals. A city campaign to incentivize and then promote healthy affordable food from street vendors and food trucks could increase demand for this healthy food, thus growing the vendors’ businesses and incomes. Coordinating existing training programs for food workers operated by the New York City Department of Health, the New York City Housing Authority and others and strengthening their nutritional content could further increase opportunities for food vendors to acquire new skills and credentials that allow them to advance their careers.

Street vendors have been part of New York City for more than 200 years and for much of that time the city has also set rules to ensure that vendors improved the well-being of New Yorkers. The new enforcement unit will need to make certain that all new and old vendors follow the city’s food safety rules. In addition, many street vendors now use inefficient cooking and heating technologies, exposing both vendors and customers to avoidable emissions. New York City should support research and offer incentives that develop and encourage use of cleaner technologies.

The Street Vending Modernization Acthas the potential to be an important first step in creating a street food vending system for the 21st century, a system that promotes economic opportunity, access to healthy affordable food and improved health for all New Yorkers.