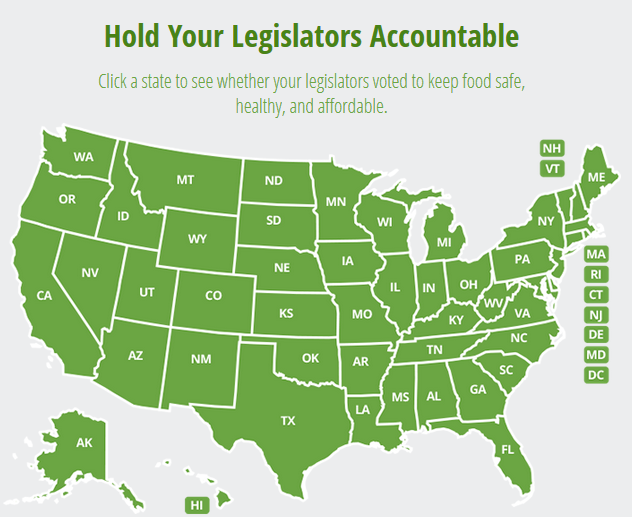 Food Policy Action has released its annual scorecard of congressional action on the votes and bills that form the food policy landscape of the United States in 2016. Compared to the 113th Congress, this year legislators improved 6 percentage points overall from an average score of 51% up to 57% across both chambers.

What is the scorecard? Legislators earn high marks for voting for ‘good food policy’ as defined by Food Policy Action, an organization advocating for policies that support health, reduce hunger, improve food access, protect farm workers, increase food safety, support local and regional food systems, protect the environment and treat animals humanely. Scores were calculated based on 10 votes and 12 bills in the Senate, and 16 votes and 15 bills in the House.

New York State performed better than the country as a whole, and NY democrats scored higher than NY republicans. 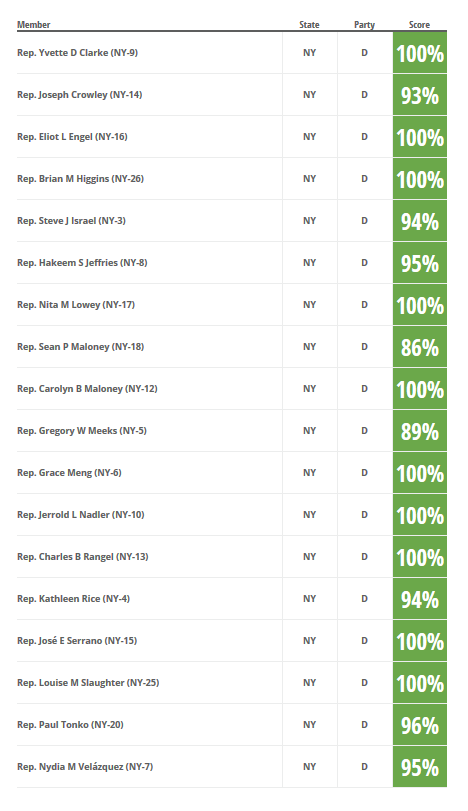 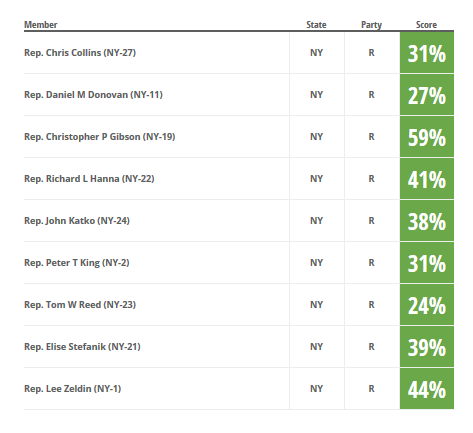 However, Food Policy Action raises several concerns, primarily that these votes do not always correspond to the interests or demands of the American public, nor do they necessarily reach the goals shared by Food Policy Action and many other organizations in the movement. Child Nutrition Reauthorization remains unresolved, leaving in limbo the reforms put in place by the Healthy, Hunger Free Kids Act of 2010. There is much more work to be done, and advocates, workers, producers, consumers, academics, and educators will continue to lobby for national food policy change.

Explore the report and interactive website to see how other states fared and the progress made over the last 5 years, since Food Policy Action began keeping score.