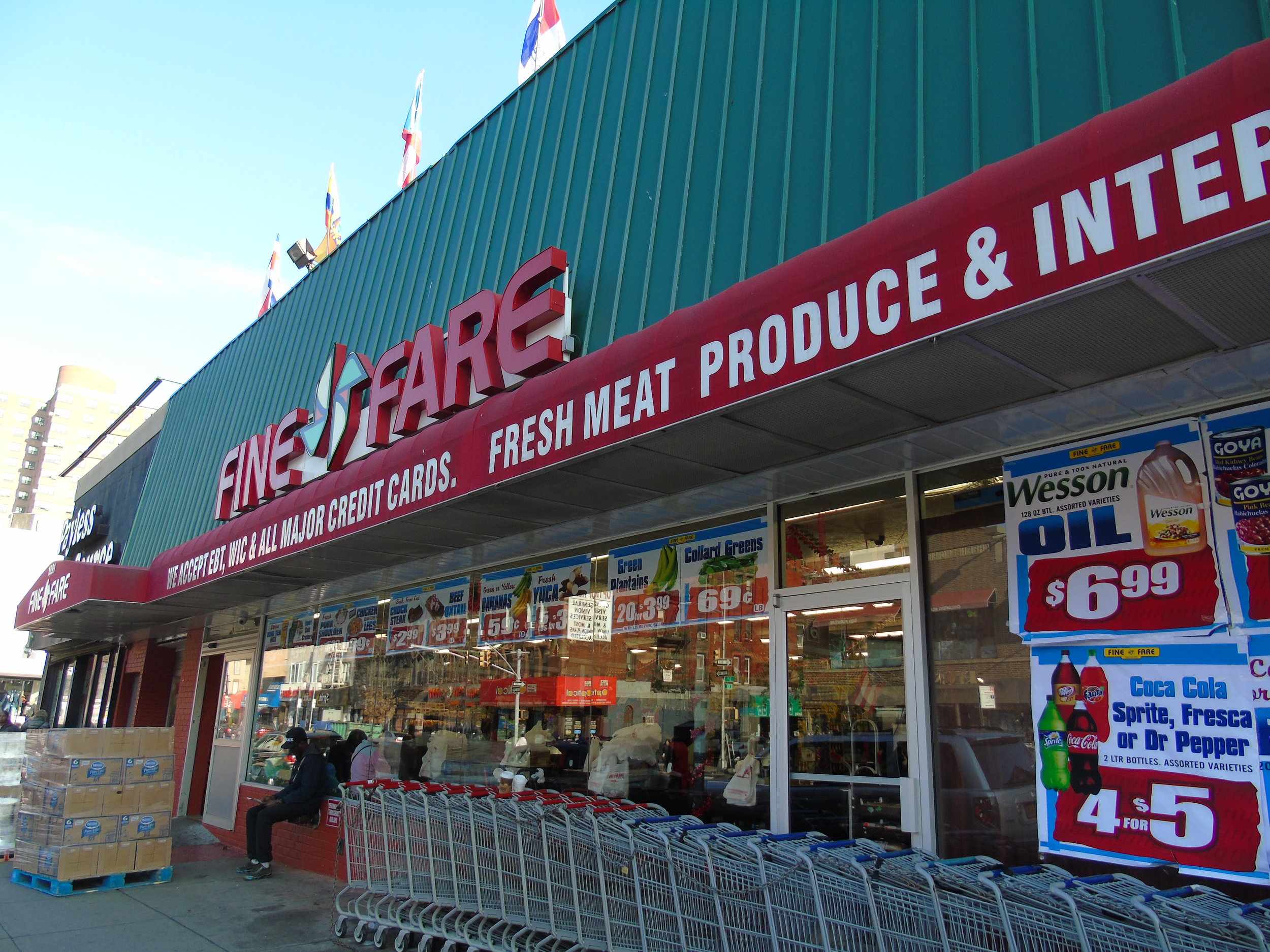 On September 30, 2016 the New York City Council Committee on Small Business and Subcommittee on Zoning and Franchises held an oversight hearing on Zoning and Incentives for Promoting Retail Diversity and Preserving Neighborhood Character. Nevin Cohen, Research Director at the Urban Food Policy Institute, prepared and delivered testimony focusing on the challenges and opportunities within the food sector His testimony is presented below.

Don’t miss the next opportunity to get involved! Click here to view a searchable schedule of City Council hearings.

On behalf of the CUNY Urban Food Policy Institute, I would like to thank the committee chairs and members for the opportunity to present testimony at this joint oversight hearing on Zoning and Incentives for Promoting Retail Diversity and Preserving Neighborhood Character. The Institute works to develop, improve, and evaluate policies and programs that support nutrition and health equity. This includes promoting economic growth and social justice through a food sector that supports good jobs, health, and sustainable urban environments.

Over the past year, the Institute has examined food retail from three perspectives: (1) the role of planning, zoning, and real estate development on neighborhood food retail in East Harlem, a community undergoing rapid economic change; (2) policies to address turbulence in the supermarket sector; and (3) opportunities for growth in “good food jobs.” We would like to share with Committee staff recent reports that present our findings and policy recommendations on these issues.

My remarks today will focus specifically on challenges and opportunities within the food sector, a part of the city’s economy that is critical for public health, economic development, and neighborhood vitality, yet one that is being transformed by development, market shifts, and new technologies. a focus on diverse food environments, with varied restaurants, mobile food vendors, supermarkets, convenience grocers, and new forms of food retail distribution, from CSAs to online delivery, is critical to the economic vibrancy and health of communities. The very character of many neighborhoods across the city, from Flushing to Arthur Avenue to Sunset Park, is defined by food. Moreover, the food sector has been a leading source of new jobs in New York City since the financial crisis, although much of that growth has been in low-wage service jobs. Planning, zoning and new programs can support the food retail sector so that it meets the needs of employees, the neighborhoods in which they work, and grows the city’s economy.

(1) Rising commercial rents are challenging conventional food retailers, which operate on razor-thin 1-3% margins. Rent increases in neighborhoods undergoing re-investment and gentrification have made it impossible for some food retailers to stay in business. Manhattan rents have increased from a median of $102/sf in 2005 to $156/sf in 2015. In Brooklyn, the commercial corridors of neighborhoods that have seen an influx of affluent residents in recent years now approach (and in some cases exceed) the level of Manhattan rents. With those rent increases, supermarkets often cannot compete with banks, pharmacies, and national chain stores that generate significantly more revenue per square foot without the sanitary issues associated with food establishments. Within the supermarket sector, conventional, locally owned grocers like C-town generate average revenues of $1,200/square foot, while Trader Joe’s generates $15,000/square foot.

(2) Competition from drug stores, dollar stores, and online retailers that are capturing a greater share of food sales. Chain pharmacies have grown in number, and get nearly one-third of their sales from food. By one estimate, the three largest drug store chains (Walgreens/Duane Reade, CVS, and Rite Aid) capture nearly 10% of the market share of the top 20 food retailers in NYC. Online retailers, from Amazon to Fresh Direct, are growing in popularity and will capture a significant share of food retail over the next several years. Some industry analysts estimate that the New York metropolitan area is over-saturated with supermarkets, and as the alternative distribution channels grow more brick and mortar stores will close.

(3) Food Gentrification as low-income neighborhoods undergoing rezoning and redevelopment attract more affluent residents. Higher levels of disposable income in a neighborhood can lead to higher food prices, an emphasis on foods like meals-to-go and pre-cut vegetables that are convenient but less affordable, and a shift to less culturally appropriate offerings. We have witnessed this in Harlem, where a few blocks east of our 125th Street campus we lost a large Pathmark and across the street a new Whole Foods will soon open, a consequence of the rezoning of 125th Street that has attracted significant public and private sector investment and an influx of higher income residents. Ensuring that long-time residents of gentrifying neighborhoods, particularly the large numbers of New Yorkers who live in NYCHA developments, have access to affordable food should be a priority of your committees.

(1) Stemming commercial rent increases by either instituting commercial rent control, creating arbitration rights for small businesses faced with proposed rent hikes, providing rent subsidies for groceries, and working with the Department of Citywide Administrative Services and non-profit community development corporations to create commercial space for supermarkets at affordable rents and long-term leases. As NYCHA seeks to develop its properties, supermarkets should be a priority land use, as it was in Far Rockaway, where the Ocean Bay CDC, NYCHA, Asian-Americans for Equality, and LISC NYC have been working together to open a new supermarket on Housing Authority land. Creating new commercial space by expanding commercial overlay zoning where appropriate and by expanding commercial uses on NYCHA developments would increase the supply of real estate available for commercial businesses and help to temper rising rents.

(2) Revisiting the Food Retail Expansion to Support Health (FRESH) program to increase the types and sizes of food retailers covered by the zoning and financial subsidy program. This might include expanding the types of stores supported to include food cooperatives, food buyers’ clubs, and spaces for alternative forms of direct marketing such as food box programs and farmers’ markets, and pick up sites for groceries ordered online.

(3) Supporting the creation of new public food markets that provide the basic groceries residents need to feed their families. In New York City, the public markets like Essex Street and La Marqueta are more like specialized boutiques, but in other cities, like Detroit, Philadelphia, Boston, and New Orleans, public markets have been opened or redeveloped to serve a wider range of customers and provide a retail venue for small, local businesses. A commitment to build public market spaces that make healthy, affordable food access a priority into the neighborhoods being rezoned for affordable housing would both support local economic development and provide a public alternative to conventional supermarkets.

(4) Developing spaces to make online food retail accessible to the lowest income New Yorkers. While bricks and mortar food stores are important neighborhood assets, the reality is that more and more people, including low-income New Yorkers, are comfortable ordering products online. To keep the delivery costs low and prices affordable, delivery to a centralized location, like a Housing Authority community center, and last “1000-feet” delivery to individual apartments by local non-profit youth development programs, can be a strategy to provide access to high quality food from many different online retailers without needing to finance brick and mortar stores. USDA is piloting the use of SNAP benefits for online food purchases. The City Council could support similar pilots in NYCHA developments, at senior centers, and in other locations in which affordable food access is a priority, or require or incentivize developers to set aside spaces for online delivery services.

(5) Addressing connected parts of the food supply chain – from production to distribution — that contribute to a diverse food retail sector. This might include making the expansion of urban agriculture – both low tech and rooftop — an explicit goal of the city’s green infrastructure program and development RFPs; expanding the city’s support for food entrepreneurs by developing additional food business incubator spaces; and designing food hubs that can serve as production and distribution facilities into communities undergoing neighborhood planning and rezoning. Growing these critical components of the supply chain will support new and innovative forms of retail, and if developed with and for low income communities, like NYCHA’s Food Business Pathways Program, would lead to community-based economic development that does not contribute to food gentrification.